[HanCinema's News] Shin Hye-sun's Training for her Role as a Ballerina in "Angel's Last Mission: Love" 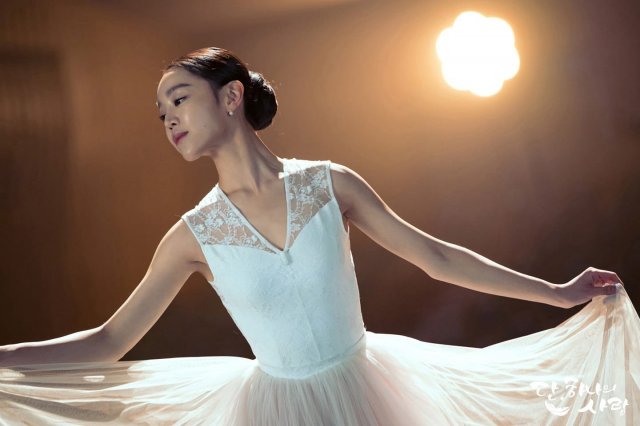 In "Angel's Last Mission: Love" Shin Hye-sun plays the fallen ballerina, Yeon-seo, who becomes blinded in an accident. But before the drama gets to that part, Shin Hye-sun can be seen doing her own stunts in various ballet scenes.

The role is already a reversal for Shin Hye-sun. While Yeon-seo is portrayed as being a very cold woman, her previous high-profile leading roles in "My Golden Life" and "Thirty But Seventeen" showed her as a generally pure and optimistic woman. Now she's playing an ice queen.

Such behavior is consistent with method acting for the role, as Yeon-seo is also portrayed as being a very determined, single-minded person when it comes to dreams of physical achievement. "Angel's Last Mission: Love" is currently airing on Wednesday and Thursdays at 10 PM on KBS2.

"[HanCinema's News] Shin Hye-sun's Training for her Role as a Ballerina in "Angel's Last Mission: Love""
by HanCinema is licensed under a Creative Commons Attribution-Share Alike 3.0 Unported License.