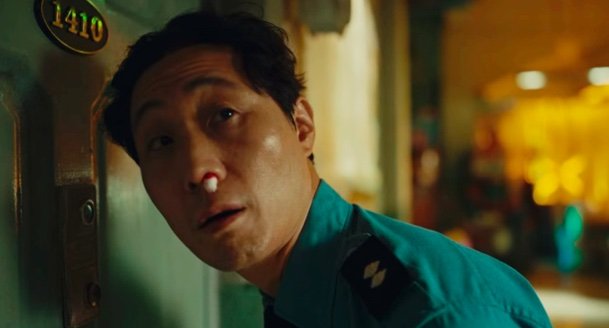 With the release of "Sweet Home" on Netflix several cast members whose exact roles were not confirmed in advance have since been clarified. Among these is actor Shin Mun-sung, who has been confirmed to be playing a middle-aged security guard. Normally such a character would not have been noticed- except that with his noteworthy bloody nose, Shin Mun-sung appears to offer some hint as to how persons within the drama have been turning into monsters.

Moments like this also hint at a greater backstory, stoking interest in fans for a possible season two. There's plenty of material to adapt- even if the opener of "Sweet Home" suggests some important divergence with the original webtoon, as well as suggesting the death of the main character as a framing device. Shin Mun-sung generally plays unnamed and minor characters, although he did have a major role in the independent movie "Tiny Light" from earlier this year.