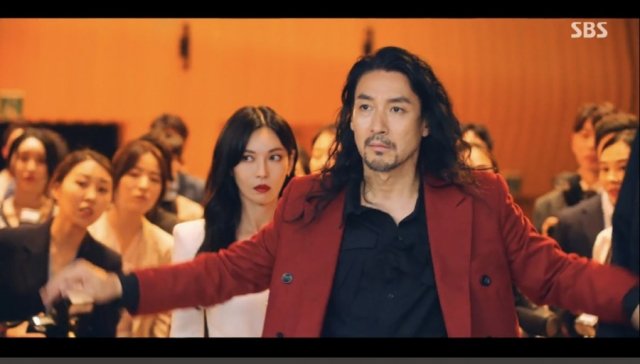 This past July 16th actor Shin Sung-woo appeared on "The Penthouse 3" on SBS. Though the actor had long been confirmed for a cameo, the exact details of his character were not known ahead of time. He ended up playing Clark Lee, the conductor of a philharmonic orchestra. Alongside the character played by Kim So-yeon, the warm-hearted Clark Lee had a chance to appreciate the musical talents of the character played by Kim Hyun-soo.

Shin Sung-woo is best known for his work as a rock star back in the nineties, though he has been more active in musical theater since that time. "The Penthouse 3" has had its fair share of celebrity cameos much like "The Penthouse 2" although they have not been as big an issue for the drama due its declining popularity since the second season. "The Penthouse 3" had ratings of 17.5% in its most recent episode, which aired on July 16th.