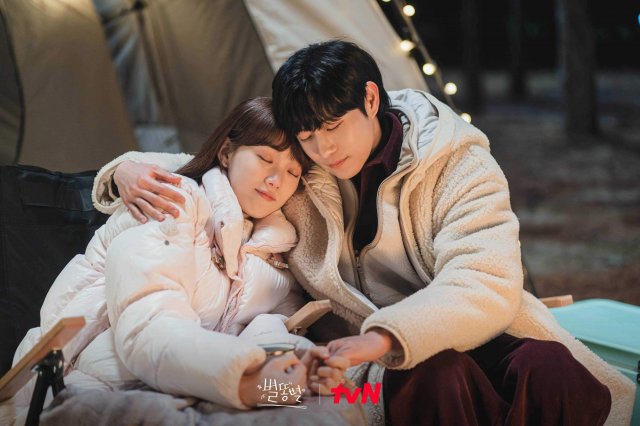 On June 3rd Studio Dragon issued a statement regarding the popularity of "Shooting Star" worldwide. The celebrity management-themed drama has performed quite poorly domestically in South Korea, with ratings of only 1.163%. But the show has been a big hit worldwide, and is the top-rated drama on the U-NEXT streaming platform in Japan. Additionally, figures from Rakuten Viki show that "Shooting Star" is the most popular drama in the Americas, Europe, and Oceania.

"Shooting Star" is licensed by several different platforms worldwide, making its worldwide performance difficult to measure. It streams on U-NEXT in Japan, Rakuten Viki in the Americas, Europe, the Middle East, India, and Oceania, and tvN Asia in Indonesia, Malaysia, the Phillipines, and Singapore. Overall distribution rights for "Shooting Star" are established in one hundred and sixty worldwide markets. The Studio Dragon representative delivering this news thanked fans for enjoying the drama.