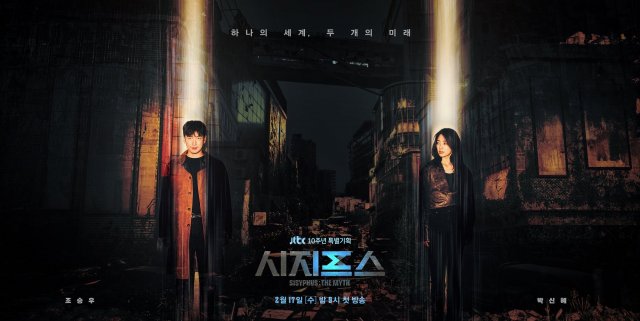 Now in its third week of airing on television, "Sisyphus: The Myth" has cracked the worldwide Netflix charts with a ranking in tenth place on May 5th. It is the only South Korean drama in the list, although the American television version of "Snowpiercer" is in fourth place. The high Netflix ranking of "Sisyphus: The Myth" was largely thanks to Asian markets, many of which had the drama at number one. These include Hong Kong, Malaysia, the Philippines, Singapore, South Korea, Taiwan, and Thailand.

The news comes as "Sisyphus: The Myth" has slipped below 5% ratings in its most recent episode on March 4th. The more consistent performance of "Sisyphus: The Myth" on Netflix suggests the drama is striking a stronger chord with international audiences as well as domestic ones less likely to watch dramas on live television. "Sisyphus: The Myth" stars Cho Seung-woo as a genius engineer and Park Shin-hye as a mysterious woman from parts unknown attempting to seek him out.