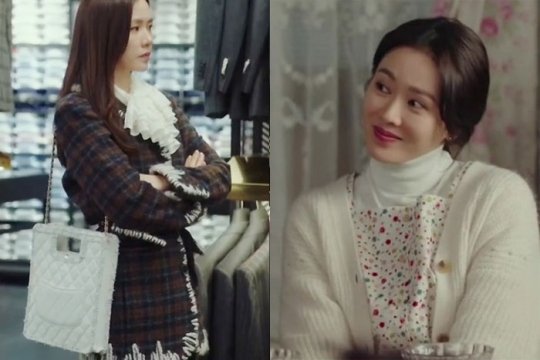 One of the more everyday demonstrations of the popularity of "Crash Landing on You" has been the drama's influence on fashion. Leading lady Son Ye-jin has become a byword in much merchandising, as vendors have started describing earrings, coats, jackets, and bags as all being in the Son Ye-jin style.

A major reason for this is that what the Son Ye-jin style means in the context of her latest drama is actually quite broad. In "Crash Landing on You" Son Ye-jin has two distinct styles. The first style is based off of her character's identity as a corporate heiress, with luxury brand products. The second style is a more retro branding that's based around the clothes she has used to fit in while in North Korea.

Naturally there are major price distinctions between the two styles. A Chanel tweed jacket that featured on a recent episode of "Crash Landing on You" was listed on Chanel's website for a price of over eight thousand dollars. A white floral pattern blouse featured in an earlier North Korean episode from the domestic brand Letter From Moon, by contrast, retails for under thirty dollars.