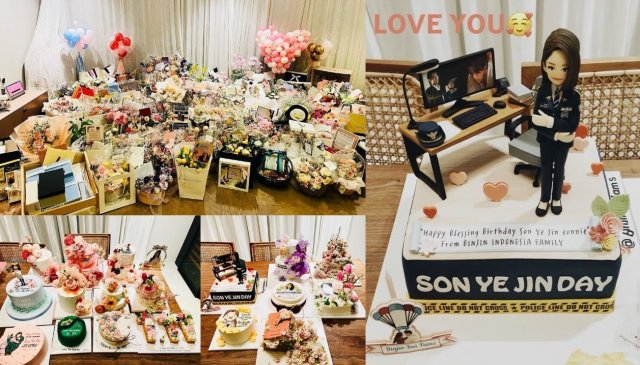 On January 14th Son Ye-jin posted a sampling of her birthday presents on Instagram. In the accompanying note, Son Ye-jin mentioned that she had never received so many flower bouquets and cakes on her birthday before. She claimed to have been emotionally affected by the scale of the presents. Son Ye-jin hypothesized that the reason for the sheer quantity of the flower bouquets and cakes was because in addition to her thirty-eighth birthday, this year is also the twentieth since her debut.

Son Ye-jin expressed happiness knowing that her twenty years had been used well. She claimed that her heart moved comprehending the warm hearts of her fans like this. Son Ye-jin then wrote that she was unsure how to thank her fans for this, and expressed hope that they would have a happy 2021. Son Ye-jin last appeared in the television drama "Crash Landing on You" and her next project has been confirmed as the Hollywood film Cross.