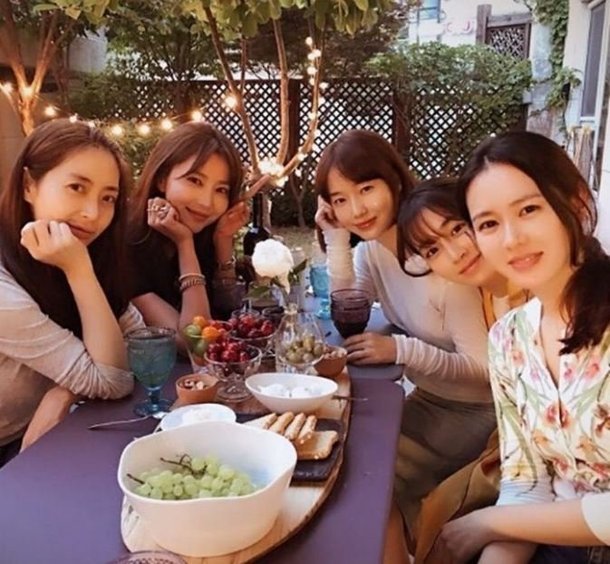 The latest episode of the variety show program 'My Little Old Boy' contained a surprising anecdote from Oh Yoon-ah, who was appearing on the program as a special emcee. The anecdote was prompted by Shin Dong-yup mentioning hearing as a rumor that Oh Yoon-ah herself had gone on the honeymoon. According to Oh Yoon-ah, not just herself but Son Ye-jin, Lee Min-jung, and Song Yoon-ah also went along.

Purportedly this was all at Lee Jung-hyun's request, which Oh Yoon-ah had interpreted to be a fairly casual interpretation. Nevertheless, all four actress, who have long been close friends with Lee Jung-hyun, decided to accept the offer. Oh Yoon-ah went on to say that they all had a wonderful time together.

The question naturally came up as to how Lee Jung-hyun's husband, who was not a celebrity, felt about this. On Yoon-ah said that he was encouraging of the idea. However, Oh Yoon-ah also recalled that by the final day of the honeymoon he had an exhausted look on his face. Lee Jung-hyun married her non-celebrity husband on April 7th of 2019. He is three years younger than Lee Jung-hyun, who turned forty earlier this year.