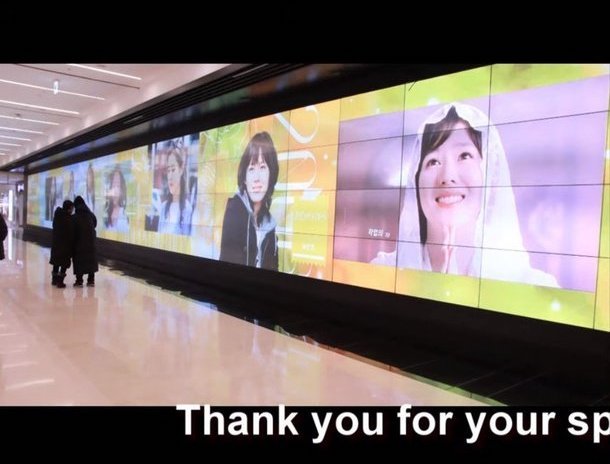 On January 11th Son Ye-jin had her thirty-eighth birthday. Son Ye-jin's many fans worldwide were eager to commemorate the event, as well as to let Son Ye-jin know how much they appreciated her. Consequently, they have taken out ads in many places serving as public congratulations. Some of the more prominent ones include an outdoors advertisement at the MK Center. There's another large one outside Coex describing her as a Hallyu icon. 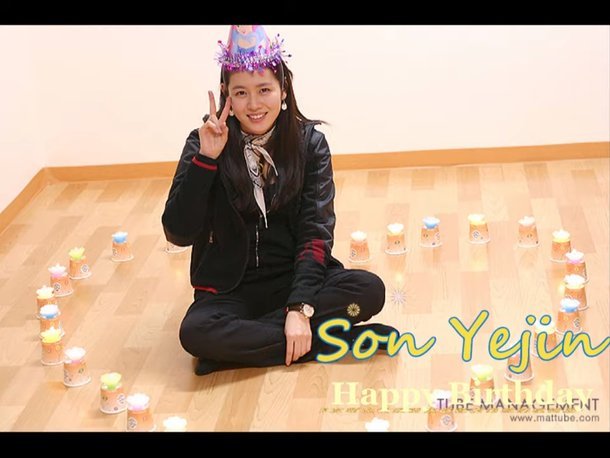 But more than the flashiness of the individual large ads is the sheer breadth of advertisements throughout the city. These include smaller ads in the basement of Coex, other ads posted throughout various subway stations. Banner ads and videos also predominate the Internet, making Son Ye-jin's birthday a difficult event to miss. Even taxis in Thailand have been outfitted with Son Ye-jin birthday ads, a testament to her popularity outside of South Korea. 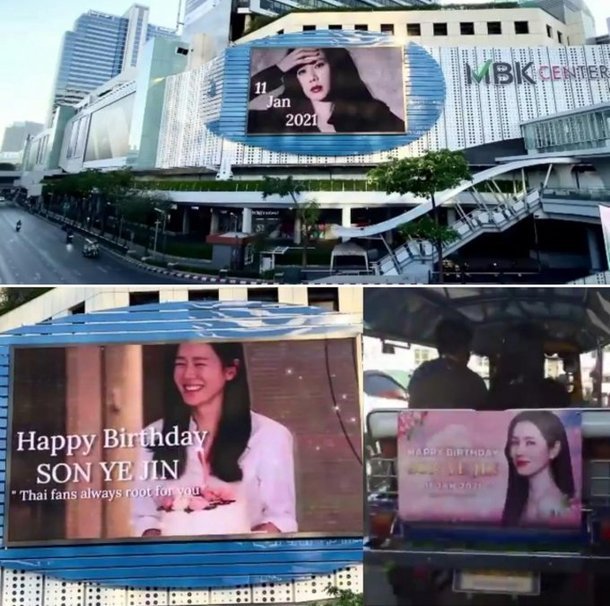 Son Ye-jin's agency also confirmed that Son Ye-jin had received a large number of presents and bouquets from her fans in response to the birthday. Aside from these commercial endeavors, charitable events are also being carried out in Son Ye-jin's name. The most notable of these is a funding drive for medical care for young patients. This latter effort is principally centered around the Seoul National University Hospital.