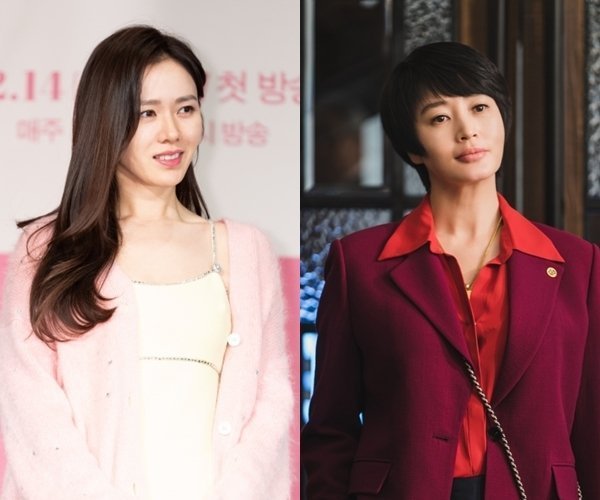 Son Ye-jin has sent a coffee car to the set of "Hyena" in support of Kim Hye-soo. The two actresses are long-time friends. In a message delivered to Kim Hye-soo, Son Ye-jin called the older actress her sister, expressing love for the lawyer Kim Hye-soo plays on "Hyena" and saying she can be cute and cool all by herself.

This news follows Kim Hye-soo making giving Son Ye-jin a similar present back in December, sending the younger actress a coffee car on the set of "Crash Landing on You" last December. Son Ye-jin was jubilant with praise at the time posting on Instagram. Kim Hye-soo does not have an Instagram account. "Hyena" just broadcast its nineth episode on March 20th, pulling in ratings of 11.5%.