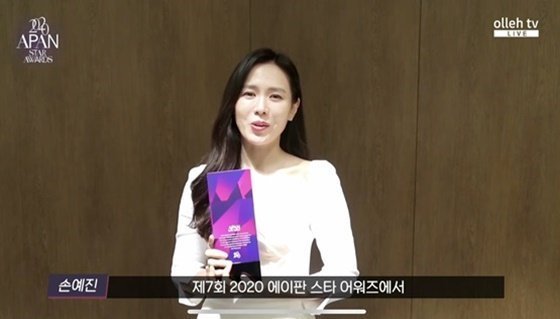 On January 23th Son Ye-jin won the KT Seezn Star Award at the ASAN Star Awards, which is a popularity prize. Son Ye-jin earned by receiving the most votes from fans. Consequently, Son Ye-jin was sure to thank her fans in the relevant acceptance speech. The APAN Star Awards, which have had seven iterations since 2012, are notable for including the domestic South Korean dramas of all networks in direct competition with each other for the top prizes. 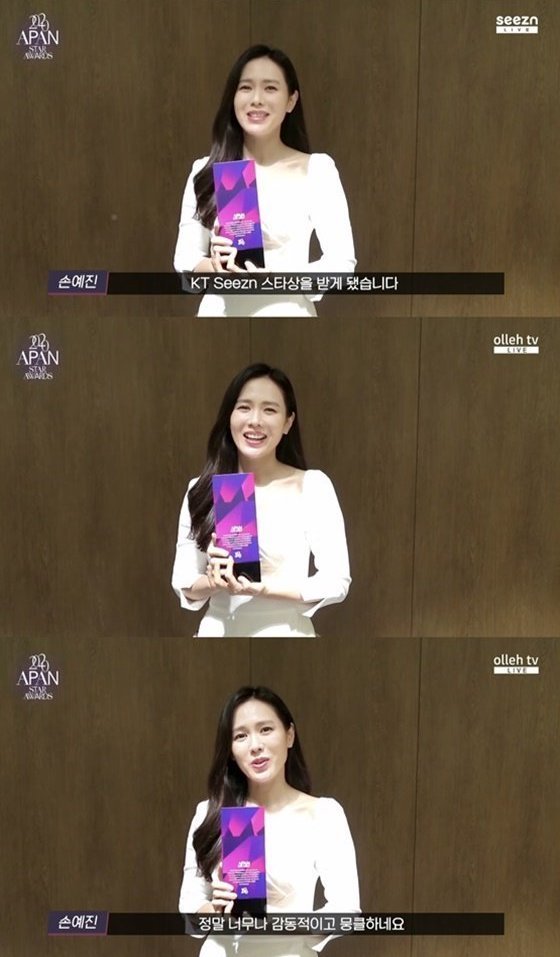 In Son Ye-jin's acceptance speech, she mentioned feeling emotional thinking about how so many fans made a decision on a one-by-one basis that Son Ye-jin was their favorite actress. Son Ye-jin said she felt validated so long as her work provided comfort to a single person. Son Ye-jin expressed hope that she could one day meet her fans again healthily in person, an apparent reference to COVID-19. Son Ye-jin closed by telling her fans she truly loved them.