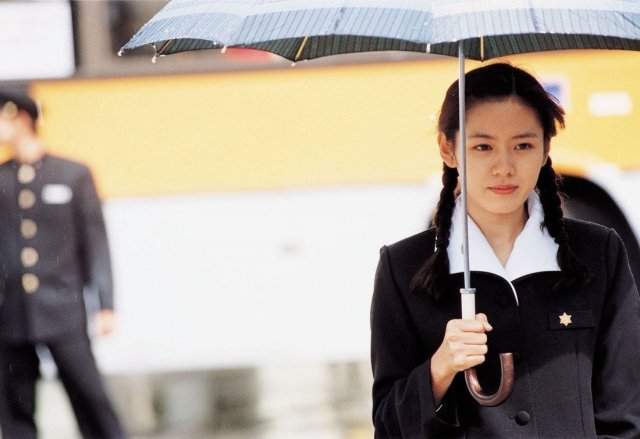 Son Ye-jin in "The Classic"

DCInside released released the latest results of their Exciting DC Poll, which poses eccentric questions to users of the community portal website. The query for this particular poll was, in the event of a sudden rainstorm, what celebrity is most likely to suddenly appear to offer an umbrella?

Son Ye-jin won the query with 44% of the total votes cast. However, Park Shin-hye was a close second with 40% of the votes cast. Park Bo-gum had 13%, with all other responses receiving negligible answers. That two women stars received top honors is interesting, given that the cliche in question usually involves men. This is likely a testament to how Son Ye-jin and Park Shin-hye have strong nice girl images, while also being well known in recent years for playing reasonably assertive characters.