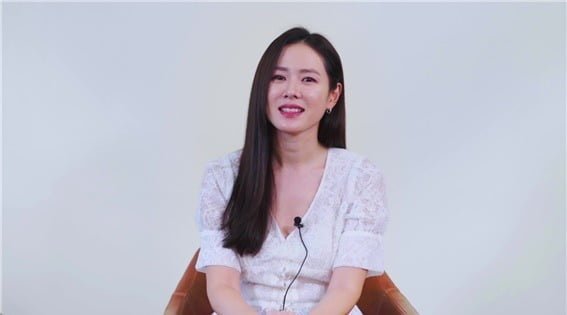 Son Ye-jin recently appeared in an online event sponsored by the Korean Embassy in Japan where she addressed her Japanese fans. Though no official English language version of the video was produced, an unofficial fan translated version can be found here with English and Indonesian subtitles. The video was produced for Korean National Foundation day.

Normally the Korean Embassy in Japan commemorates National Foundation Day on October 3rd with an in-person event. However, due to COVID-19 that has been made less practical, so instead a video was produced. Other featured portions of the event included a fusion musical performance featuring both traditional Korean and Japanese instruments, and a short animated film intended to encourage the return of leukemia suffering Korean children from overseas.

Son Ye-jin was most likely asked to appear at the event due to her popularity in Japan due to the popular drama "Crash Landing on You" which ended earlier this year. Her remarks vaguely encouraged her fans to work together to get through the pandemic. Son Ye-jin has been offered the title role in the upcoming drama "Moonlit River", but there is no word yet as to whether she has made a decision on whether or not to take it.