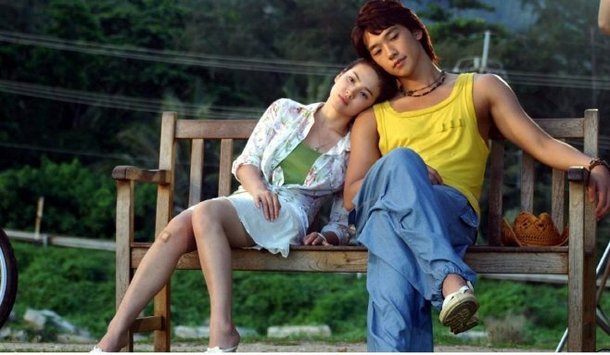 Recent unfounded rumors of Song Hye-kyo and Hyun Bin getting married provoked an immediate harsh reaction from their official representation. Nevertheless the rumors, which started in China, have continued to pop up in social media there. This fake news appears to have its origin in a largely mundane and unrelated source- the recent broadcast of the Chinese remake of "Full House", the drama which was Song Hye-kyo's first big international hit.

The Chinese version of "Full House" started airing on August 28th. A review of the rumor's history suggests that it owes its prominence in part to marketing for the remake. Why Hyun Bin in particular was singled out for Song Hye-kyo's partner is unknown but in all likelihood his name came up simply due to happenstance coincidence. Like Song Hye-kyo, Hyun Bin is pushing forty yet unmarried in spite of his obvious attractiveness.

It likely does not help that, with no announced upcoming projects, there is no other Song Hye-kyo adjacent news which her fans to discuss. Hyun Bin was also dogged by marriage rumors with his "Crash Landing on You" co-star Son Ye-jin earlier this year. What ultimately put them to rest was not agency denials, but rather the announcement that he was getting right to work on the upcoming feature film "Bargaining".

Some fans have attributed Song Hye-kyo's current work break to emotional instability following her divorce from "Descendants of the Sun" co-star Song Joong-ki. In fact Song Hye-kyo had already been taking increasingly large breaks between projects even before she met him. Whatever Song Hye-kyo's next project may end up being, persistent interest in these rumors as well as her past work suggests that fans are eager for Song Hye-kyo's return to acting in whatever form.