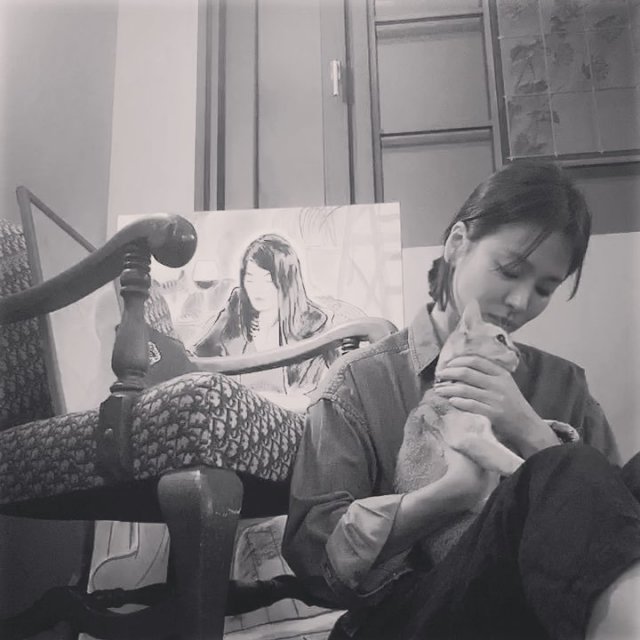 On April 10th, Song Hye-kyo posted a black-and-white video on Instagram. In the video, she is seen lovingly holding her pet cat with paintings appearing in the background.

The video is, compared to the more traditional selfies Song Hye-kyo posts, fairly artistic in construction. It's drawing attention away from her face. Indeed, Song Hye-kyo herself is not very prominent compared to the imposing chair she is sitting next to. And that cat, of course, looks rather bewildered.

Song Hye-kyo married Song Joong-ki in 2017 after a courtship prompted by their appearance together on "Descendants of the Sun". Her last drama was "Encounter" with Park Bo-gum earlier this year.