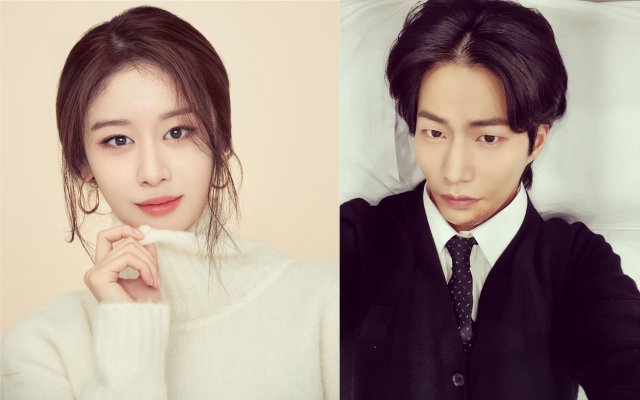 The agencies behind actor Song Jae-rim and T-ara singer Jiyeon have issued statements that the two are not dating. The denials come off of a report published earlier in the week stating that the two had been seen riding together on May 17th in Choongju and that they had behaved affectionately with one another at a gas station in that area.

Allegedly the pair had become romantically involved following their time working together as the second leads on the KBS2 drama "I Wanna Hear Your Song", which ended in September of 2019. The relevant agencies have not denied that the two actors were indeed seen together in Choongju, but instead claimed that they are friends and fellow hobbyists in the field of motorbike riding.

Purportedly Song Jae-rim and Jiyeon were sharing a car ride together on their way to a bike circuit location in Taebaek. Purportedly Song Jae-rim has been giving Jiyeon advice on the best biking locations in South Korea. As a man eight years her senior and more experienced in the wider bike riding circuit, it follows that Jiyeon would need tips from someone like Song Jae-rim in order to best enjoy the hobby.

Song Jae-rim has long made a name for himself in supporting roles for major dramas and occasional leading roles in minor dramas and independent films, with his first notable appearance being in "The Sun and the Moon" back in 2012. He more recently appeared as the lead in "Drama Stage 2020 - Big Data Romance". Jiyeon is principally a musician, her last acting job before "I Wanna Hear Your Song" being in "Triangle - Drama" from 2014.