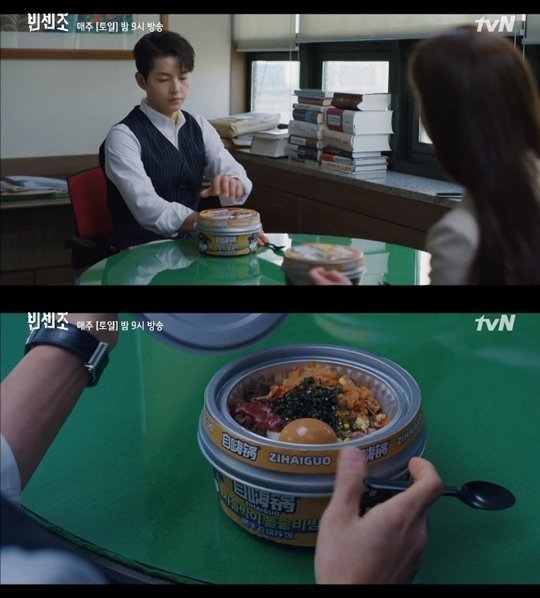 On May 3rd Song Joong-ki was the subject of an interview where he discussed the recently completed drama "Vincenzo" among other topics. One such topic was a controversy involving product placement in the screwball legal drama. At one point, Song Joong-ki and his co-star Jeon Yeo-bin have a casual lunch where they partake of a convenience store style quick bibimbap. However, the scene drew the ire of Korean viewers as the brand was Chinese despite bibimbap being Korean food.

Song Joong-ki claimed to have not put much thought into the situation at the time "Vincenzo" was filming the scene. Song Joong-ki said in the interview that looking back he regrets not having questioned the product placement at the time. Song Joong-ki stated that he was so focused on giving the best possible performance for viewers it did not occur to him to pay attention to such details. He apologized for the error, noting that as lead actor he should have been more mindful.

"Vincenzo" starred Song Joong-ki has an Italian mob lawyer who returns to the country of his birth to recover a hidden underground fortune. The drama finished its final episode on May 2nd with ratings of 14.6%. The drama has also done well internationally via Netflix, holding the #4 worldwide serial drama ranking on Flix Patrol as of May 3rd.