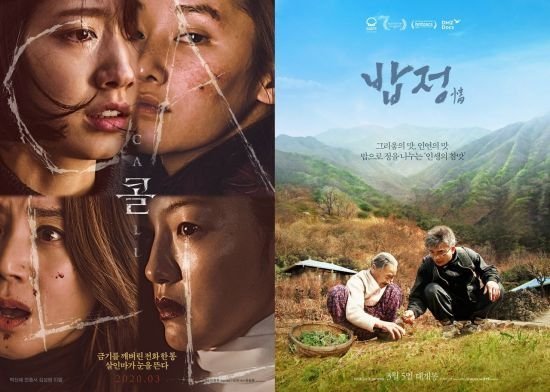 Following the extremely weak performance of "Beasts Clawing at Straws" over the weekend, distributors and production companies have been pushing back release dates and shooting dates in response to COVID-19. According to figures release by the Korean Film Council, total admissions for new films have collapsed by over fifty percent compared to the previous weekend.

While popular response to "Beasts Clawing at Straws" has not been exceptional, neither has it been so poor as to explain the movie failing to break even the four hundred thousand viewer mark. As other films still in wide release suffered from similarly depressed results, COVID-19 has come to the forefront as the most likely explanation. Fear of the virus and official government recommendations to avoid going outside have almost certainly been at least a contributing factor to the drop.

Press conferences for "The Call" and "Time to Hunt" were canceled over the weekend as a result of these concerns. Even the relatively low-profile documentary "The Wandering Chef", which was already a long-time coming to its official release, has been pushed back in response to COVID-19, as was the special black-and-white edition of "Parasite", which was set to release on February 26th. The awards ceremony for the Journalists Association of Korea was also canceled due to the outbreak.

Though COVID-19 has been around for some time in China, its prominence in South Korea is fairly recent and largely centered in the southeast portion of the country. To date, there have been over seven hundred reported cases and seven fatalities due to COVID-19 in South Korea.