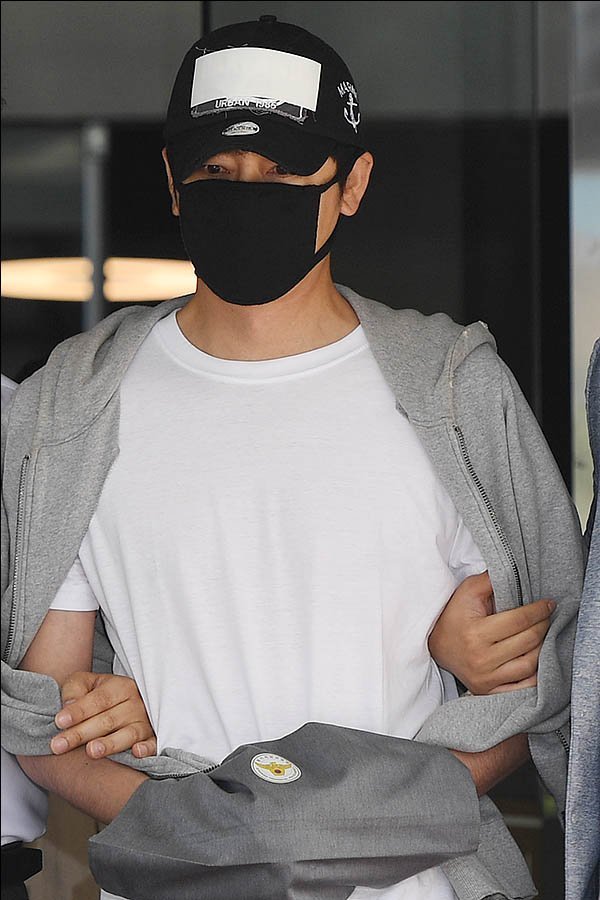 Kang Ji-hwan's light sentence shocked many in South Korea on December 5th. The actor had been caught sexually assaulting two employees of his management company, having invited them to his home earlier this year. Having initially claimed to have no memory of the incident, he later confessed to the charges against him pending trial.

With the evidence against him being so overwhelming, his being given a sentence without even jail time frustrated feminists across the country. The news has been especially brutal following the death of Goo Ha-ra, which is believed to have been motivated in large part by her ex-boyfriend making sexual threats against her. The ex-boyfriend received a similarly light sentence earlier this year, and has endured death threats and harassment following Goo Ha-ra's suicide.

Some fans have been supportive of Kang Ji-hwan, writing in online comments that he can repay his crime by making future projects. Whether Kang Ji-hwan is employable at this point remains unclear. Even before being removed from "Joseon Survival", Kang Ji-hwan's career had been on a downward trajectory, which is how he ended up headlining a drama for TV Chosun, a cable network with little reputation for broadcast dramas.

Rumors have suggested that people in the entertainment industry were aware of Kang Ji-hwan's questionable proclivities toward women and this, rather than sagging ratings, were the main reason he had recently become less employable. Such allegations have not been made in a sourced and public manner however, and thus were likely not considered a factor at his sentencing.