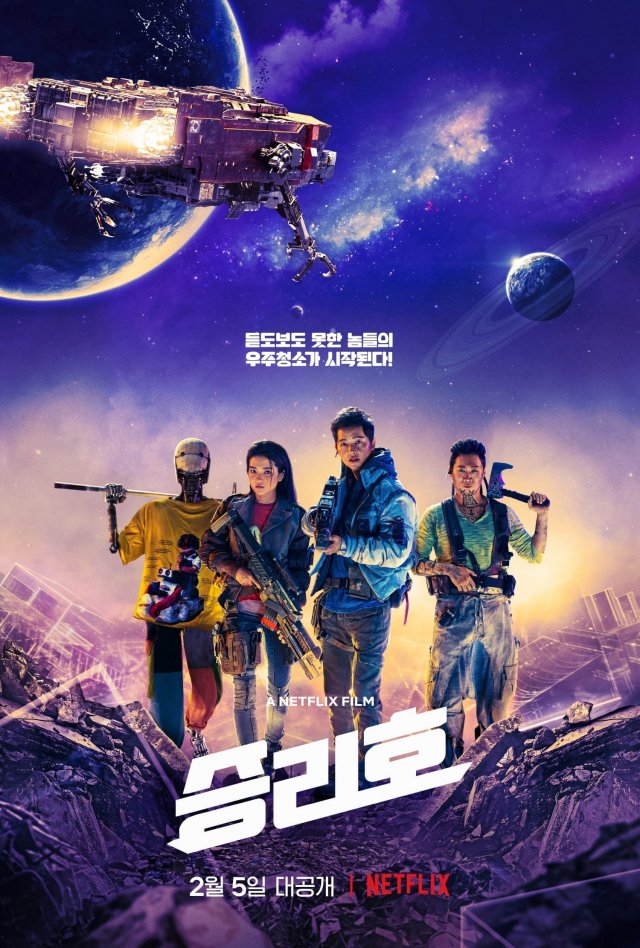 The recently released South Korean movie "Space Sweepers" has ascended to the top of the international Netflix charts. The science fiction film which centers around a spaceship crew that clears space junk has been the top movie worldwide in all three days of its availability according to FlixPatrol. It's topped the charts for February 6th, 7th, and 8th, and appears positioned to be the overall most popular movie on February 9th as well.