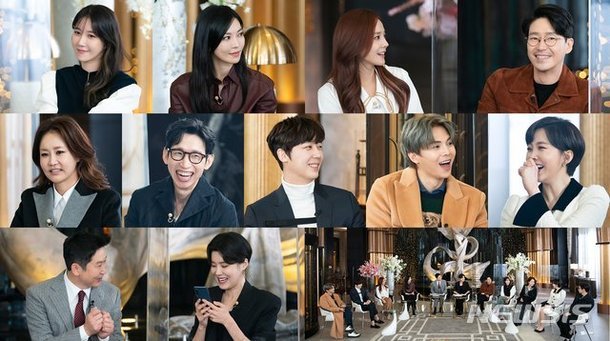 On January 11th SBS announced that on the following day, January 12th, they would be airing a special episode of "The Penthouse" featuring a mass group interview between nine of the principal stars of the drama. These will include Lee Ji-ah, Kim So-yeon, Eugene, Uhm Ki-joon, Shin Eun-kyung, Bong Tae-gyu, Yoon Jong-hoon, Park Eun-seok, and Yoon Joo-hee. Shin Dong-yup and Jang Do-yeon will emcee the event.

The tile for this special program is Penthouse Hidden Room-Hidden Story. The first " hidden " is pronounced as it is in English, while the second one is the Korean word. The cast is expecting to discuss behind the scenes stories regarding "The Penthouse" and behind the scenes footage is also expected to be broadcast during the special. Tie-ins and teasers for the upcoming "The Penthouse 2" are also expected, as indeed, the main reason for the special episode is to promote the second season.

"[HanCinema's News] Special Episode of "The Penthouse" to Air on January 12th"
by HanCinema is licensed under a Creative Commons Attribution-Share Alike 3.0 Unported License.