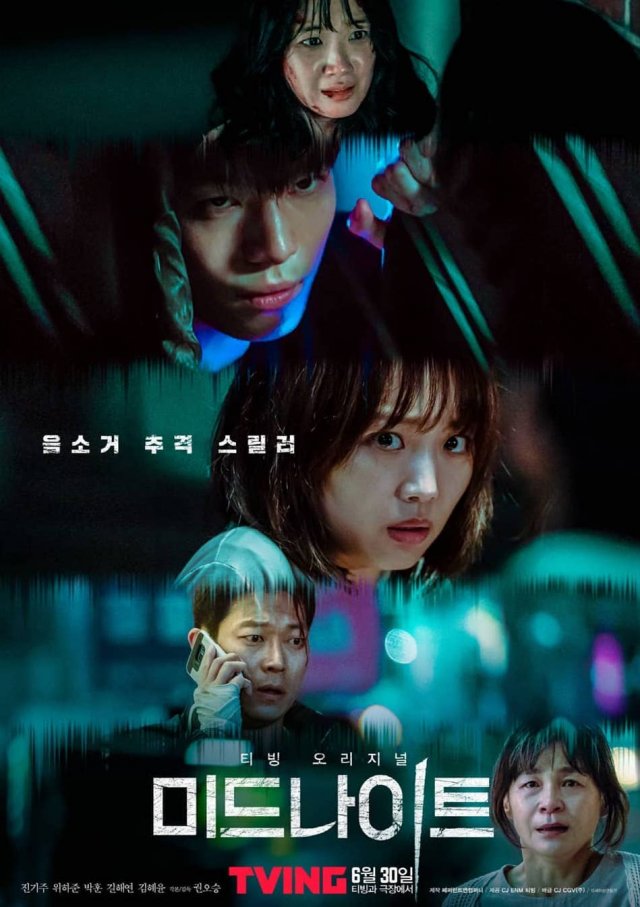 On June 30th the streaming company TVing released a new poster for "Midnight" which had started airing on the streaming platform that same day. "Midnight" is also available to watch in movie theaters, though it is otherwise being promoted as a TVing exclusive. The thriller stars Jin Ki-joo as a young woman with a hearing impairment that gets entangled with a serial killer who is played by Wi Ja-joon.

In contrast to the original poster, the special poster clearly emphasizes all five main actors of the movie rather than just the primary two. These include Kim Hye-yoon and Park Hoon as a brother and sister, as well as Gil Hae-yeon as the main character's mother. The tagline has also changed slightly, from a witness who can't hear becomes the target of a serial killer, to the more ambiguous a mute chase thriller.