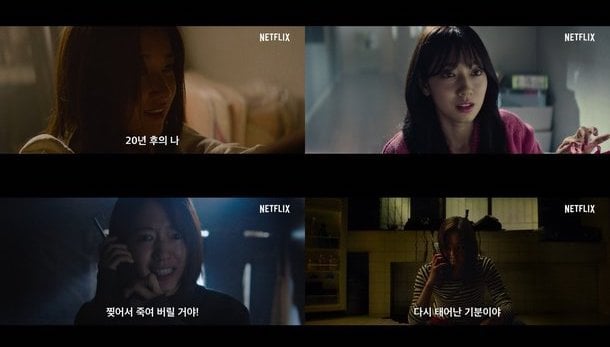 Netflix recently released a special preview trailer for "The Call" which is currently set to release on November 27th worldwide in the streaming platform. "The Call" stars Park Shin-hye and Jun Jong-seo as women separated by time but not space, as they live in the same house twenty years apart. Horrifying events start to entangle the two, as the trailer makes clear.

The Netflix marketing for "The Call" has been noticeably different compared to the marketing the movie received ahead of its original planned theatrical release in March. At that time the mystery elements of "The Call" were more in focus, but most Netflix related marketing has played up the horror elements. The special preview trailer continues that pattern, with the thirty second spot quickly following up cheerful exposition with sudden sinister imagery.