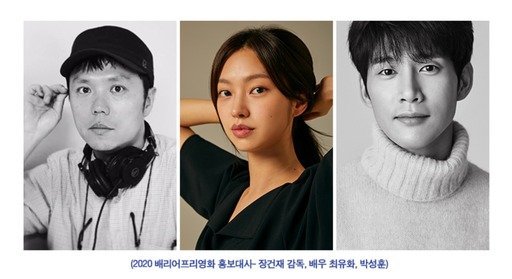 The ninth edition of the Barrier Free Film Festival is soon set to start up at the Korean Film Archive in Seoul. The festival will begin on November 20th and feature various popular films provided with both Korean audio and narration for the visually impaired, as well as sound contextual subtitles for the hearing impaired.

The 2020 official spokespersons for the Barrier Free Film Festival will be expected to attend the opening ceremony on November 20th. They include director Jang Kun-jae and actors Choi Yu-hwa and Park Sung-hoon. The festival itself is also funded by a large numbers of film professionals including Gong Yoo, Park Bo-gum, Lee Joon-ho, and Hwang Bo-ra.

Among the Korean films to be screened at the festival this year are "I Can Speak", "Notebook from My Mother", "A Perfect Way to Steal a Dog", and "Leafie, A Hen Into The Wild". A roughly equal number of foreign films have also been converted into the Barrier Free format and will screen at the festival, including the 1994 Italian film 'The Postman', which will appear as the festival's opening film.