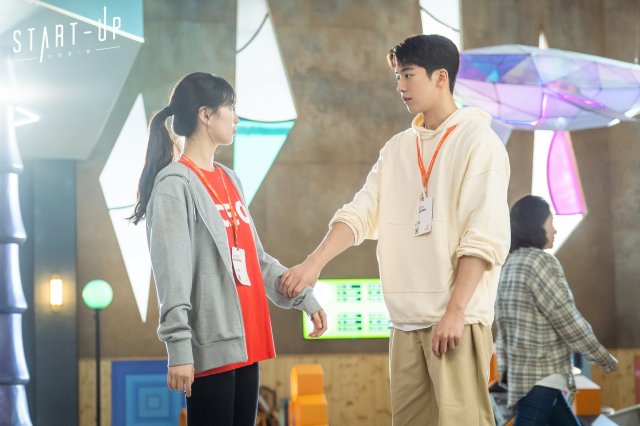 "Start Up" had ratings of 5% in its latest episode. These ratings, while modest, are generally seen as at least passable in the current drama marketplace with wider disparities between popular and unpopular shows as well as increased emphasis on streaming services. But they're a bit of a shock for a project coming from star screenwriter Park Hye-ryeon, who has often been seen as a reliable hitmaker.

Park Hye-ryeon's last drama, "While You Were Sleeping - 2017" had critical detractors but by and large was fairly steady when it came to ratings, usually hovering near 10%. "Pinocchio" concluded with ratings of 13%. "I Hear Your Voice", her greatest hit, ended with ratings over 23%. "Dream High" ended with 17%, but has remained a highly influential drama beyond ratings for launching the acting careers of Bae Suzy, Kim Soo-hyun, and IU.

Despite Bae Suzy's presence in "Start Up" the drama simply hasn't made as much of an impact as had been hoped for versus its expectations. Nevertheless, the drama's ratings have improved from its premiere week, however slowly, and the difference of today's drama marketplace versus 2017's cannot be overstated. "Start Up" is the second most popular drama on Netflix in South Korea, behind "Private Lives", and has plenty of time to secure more viewers.