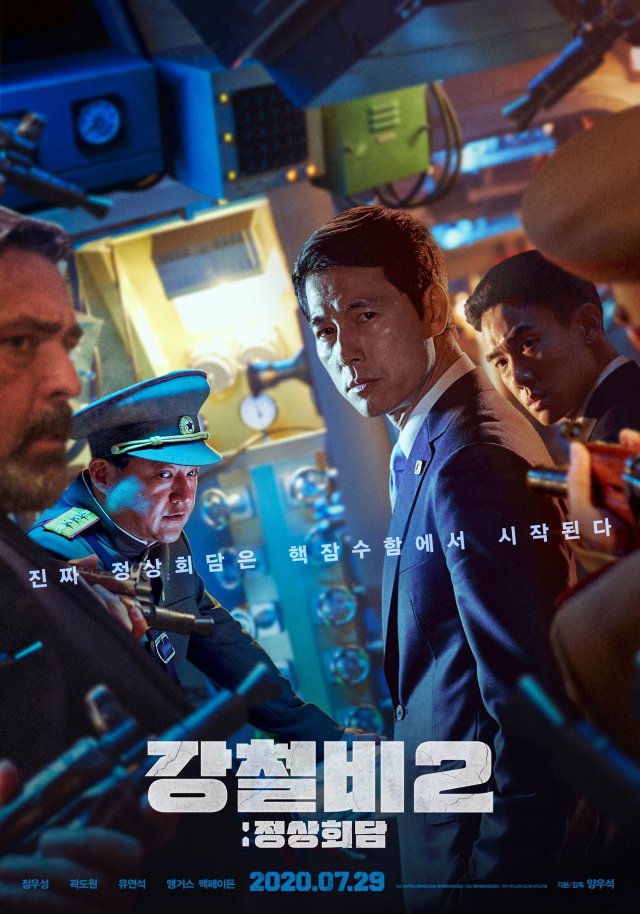 With "Peninsula" having decisively pushed past the two million viewer mark and certain to pass the three million viewer mark this weekend, the question yet remains whether the South Korean film market has truly recovered. "Peninsula", like "#ALIVE" before it, has had a mixed reception locally, making it difficult to tell whether weaker than average numbers are due to aesthetics or fear of COVID-19. Enter "Steel Rain 2: Summit", a political action thriller that opens next week.

That the South Korean film market has recovered at all is not in question. After a banner 2019 year revenue and admissions were down over 70% in the first half of 2020. The last time the industry posted figures this poor was some fifteen years ago, when blockbusters like "Steel Rain" were largely inconceivable. But the success of "Steel Rain 2: Summit" will be compared against more recent benchmarks.

Ironically enough even "Steel Rain 2: Summit" may ultimately not prove to be a particularly reliable indicator. In late 2017 the original "Steel Rain" did well on the strength of its marketing but its sheer bombast quickly became dated when the inter-Korean summit the following year offered a hint of more peaceful resolution to the conflict between North and South Korea. The sequel has not sidestepped this bluster, with much of the conflict centering around a rogue nuclear submarine.

It's impossible to speculate on what the South Korean box office may have looked like this year absent the COVID-19 outbreak. Consequently, distribution companies have chosen a strategy of simply releasing what they have and hoping for the best, reasoning that even weak performances are preferable to simply delaying the reopening of South Korea's domestic film industry indefinitely. In that sense while "Steel Rain 2: Summit" has high hopes it also has low expectations.