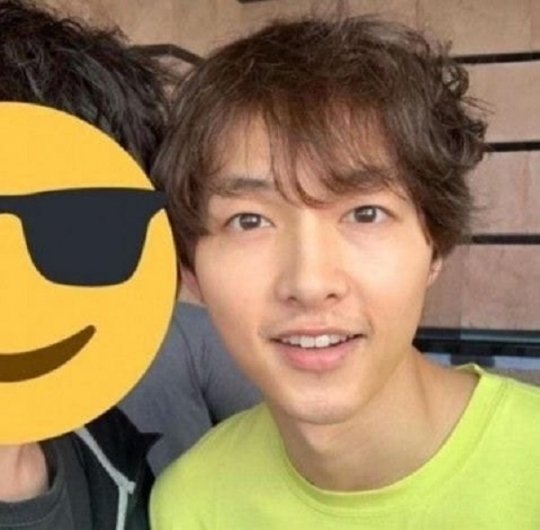 Following reports by a person close to "Arthdal Chronicles" that the filming of the drama did damage to Song Joong-ki's scalp, Internet searches for corroborating photos of this have spiked. Many of the pictures turned up by such searches are misleading. One of the more misleading ones is actually a photo taken of Song Joong-ki during his military service.

There's little reason to doubt the veracity of the report, which has been confirmed by multiple sources across different publications. The main point of ambiguity is what the source of the scalp damage was. While stress due to Song Joong-ki's collapsing marriage with Song Hye-kyo is one obvious factor, "Arthdal Chronicles" was a notoriously bad working location and stress also could have come from that direction.

A combination of the two is also likely. The difficult simultaneous working schedule of Song Joong-ki on "Arthdal Chronicles" and Song Hye-kyo on "Encounter" would not have been conducive to helping the two work out problems in their relationship.