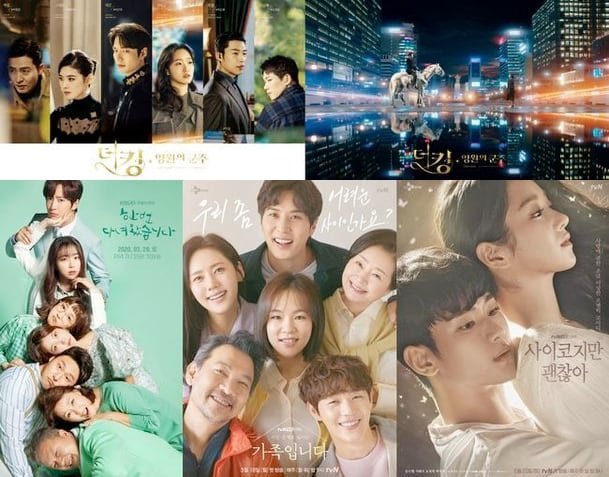 In a report released on August 6th detailing Studio Dragon's financial performance over the second quarter, the drama production studio revealed a record-breaking 135 million dollars in total sales. This represented a 26% increase over the same time period the previous year. Actual earnings improved at an even higher margin, as increased international business has allowed Studio Dragon to make more money while spending relatively little.

Three dramas in particular have driven much of this growth- "Crash Landing on You", "The King: Eternal Monarch", and "It's Okay to Not Be Okay", all of which have been very successful internationally on Netflix. "The King: Eternal Monarch" likely deserves most of the credit, as it is the only one of these dramas to have aired entirely during the second quarter. The news is ironic, given how a previous report had investors cash out of Studio Dragon due to the drama's perceived poor performance.

But even lower level Studio Dragon productions have shown a strong rate of return, with "My Holo Love", "Unfamiliar Family" and "Once Again" all gaining strong followings with less diverse audiences. A promising start to "Flower of Evil", with "Secret Forest 2" soon to come, also suggests that Studio Dragon will do well over the third quarter. A representative for Studio Dragon described these numbers as a strong argument for the merits of Studio Dragon's increasingly internationally oriented strategy.