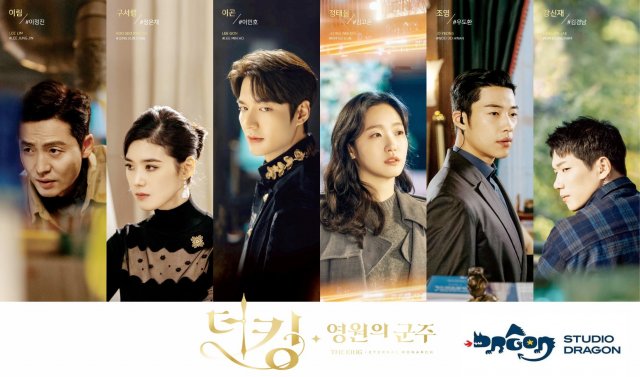 With the end of "The King: Eternal Monarch" and "When My Love Blooms", Studio Dragon passed a major stopgap in its current distribution scheme. So it was that on June 15th, stock price for Studio Dragon plunged 6.1%. The sell-off appears to have been motivated largely be foreign investors.

While the news is not completely disastrous it is a sign for Studio Dragon's increasingly precipitous position in the marketplace. Where they were once responsible for such major hits as "Descendants of the Sun" and "Mr. Sunshine", Studio Dragon now struggles even with a project like "The King: Eternal Monarch" which, on paper, had all the major cast and crew necessary for a big hit.

"When My Love Blooms" was also a disappointment, albeit a comparably minor one, as the melodrama did not have very high expectations to begin with. But its decreasing ratings after the first week, seen alongside a similar drop from "The King: Eternal Monarch", have given the impression that even with a more offbeat secondary production Studio Dragon is struggling to create dramas that can connect with current audiences.

However, "The King: Eternal Monarch" has done stronger in international markets than it did in South Korea. It's currently the most popular Netflix drama in Hong Kong, Malaysia, the Phillipines, Singapore, Taiwan, and Thailand, and is also charting in countries in Africa, South America, and North America. So its relatively poor domestic performance may be a misleading indicator.

Additionally, Studio Dragon still has three dramas currently airing, with varying degrees of success. While "Oh My Baby" has been underperforming and "Unfamiliar Family" holding steady with a slight increase, "Once Again" has been performing exceptionally well in the weekend timeslot with ratings of over 30%. So there remain many possible means by which Studio Dragon to shift its creative direction.