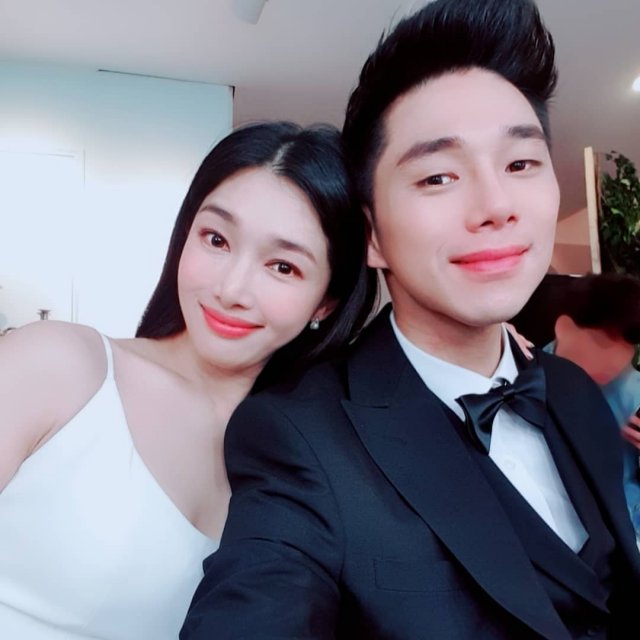 On July 16th the SBS entertainment news program 'Access Showbiz Tonight' interviewed Sun-Woo Sun on her marriage to martial arts director Lee Soo-min-IV, who is eleven years younger than her. The interview took place on her wedding day, July 14th.

As far as the wedding went, Sun-Woo Sun said that the whole experience didn't feel real to her because of the party-like atmosphere. Sun-Woo Sun explained that this was why she was agreeing to the interview at such an odd time. Many other actors were present for the ceremony, including Ahn Sung-ki, Lee Joon-gi, Song Jae-rim and Choi Kang-hee among others.

Sun-Woo Sun also spoke about her many cats, which she has become famous for. She said that her husband loves cats too, and that their new home has a special room for them. Sun-Woo Sun also said that they were scared of him at first, hiding and peering at him, although that's always their habit.