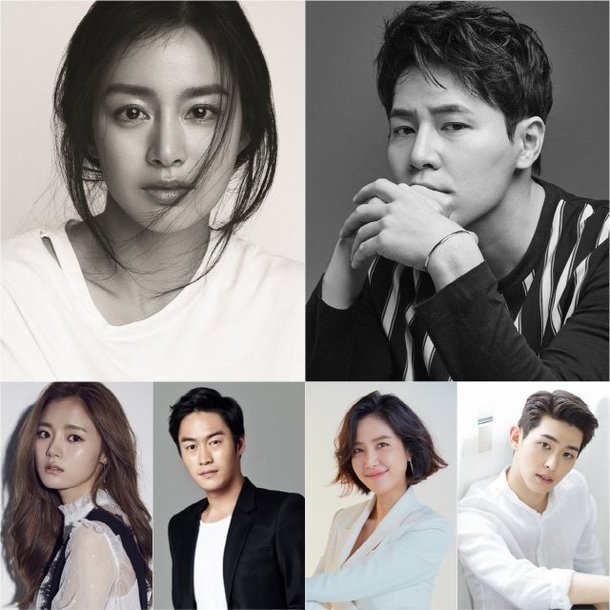 Casting details have emerged regarding the upcoming drama "Hi Bye, Mama!", which will be the comeback drama for lead actress Kim Tae-hee following a five year absence. While Lee Kyu-hyung had already been confirmed in the leading role, Go Bo-gyeol, Oh Eui-sik, Shin Dong-mi, and Lee Si-woo-II are all new in supporting roles.

"Hi Bye, Mama!" deals with a mother, played by Kim Tae-hee, who had previously died but comes back to the world of the living for forty-nine days to see her family off. Lee Kyu-hyung will play the role of her husband. Go Bo-gyeol, who appeared in "Arthdal Chronicles" earlier this year, will play the role of a new woman in the life of the family that Kim Tae-hee's character left behind, suggesting tension regarding how the family moved on after the lead character's death.

Oh Eui-sik and Shin Dong-mi will play the role of a psychologist and his wife who are also close with the family. Lee Si-woo-II has the most enigmatic role of the new castmembers, playing a pilot who has suffered through trauma and was raised by his grandfather. It is not yet clear what role he will play in the story. "Hi Bye, Mama!" is expected to appear on South Korean television some tine next year.