Suzy has spotlighted an encounter she had with an EBS penguin mascot, Pengsoo, during a promotional event for the upcoming movie "Ashfall". During the event, the special agent penguin gave leading cast members of "Ashfall" cans of tuna, as part of a brand tie-in between the tuna company and "Ashfall". 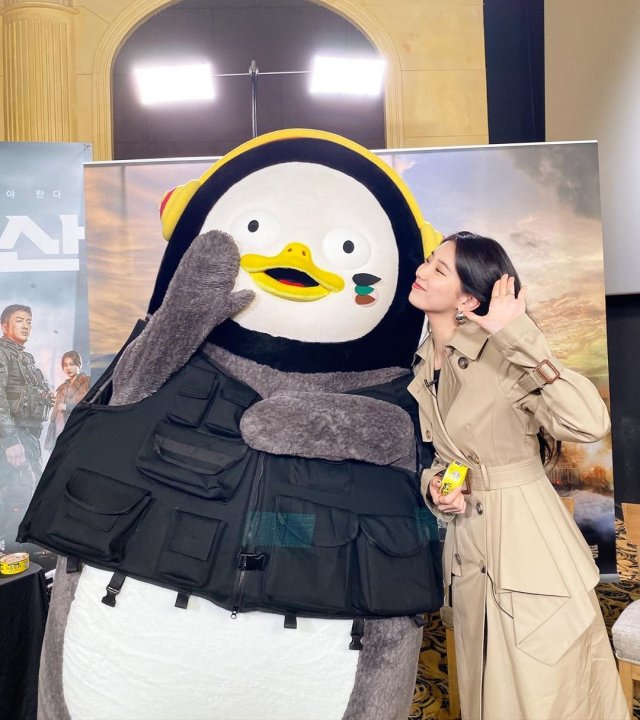 Other cast members of "Ashfall" are also present in a picture Suzy uploaded to Instagram. Lee Byung-hun, Ha Jung-woo, and Jeon Hye-jin-II are also present and smiling, although Suzy in particular is the main one of the group who appears smitten with the penguin mascot's design. The fifth main cast member of "Ashfall", Ma Dong-seok was not present for the Lotte World Mall event. 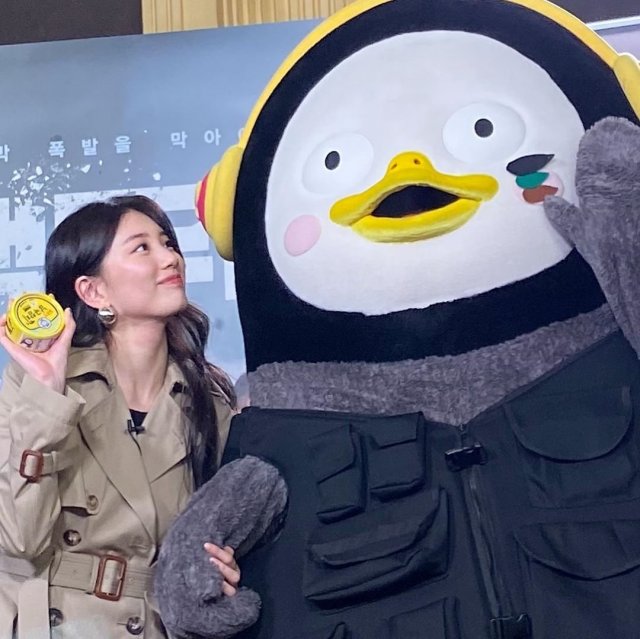 This marks the second unusually high profile appearance of the EBS penguin mascot in unrelated recent news. Last week EBS took down online episodes of a program starring the penguin mascot following a controversy wherein Choi Young-soo-I was alleged to have physically attacked a fellow cast member during a live broadcast. 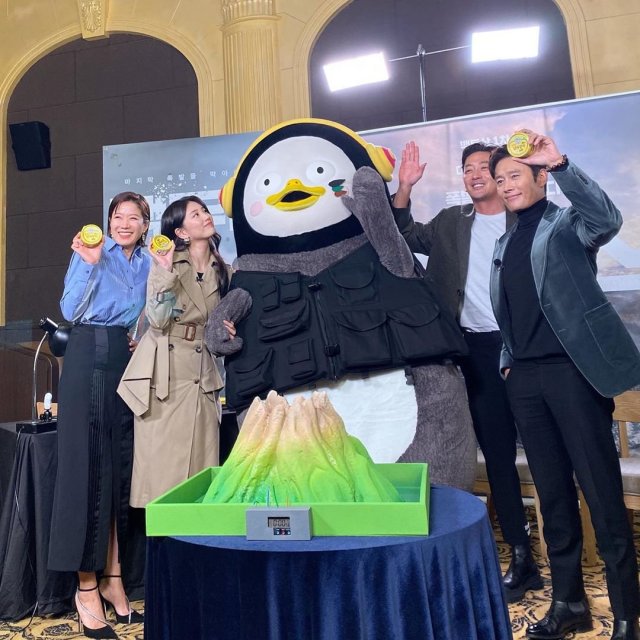