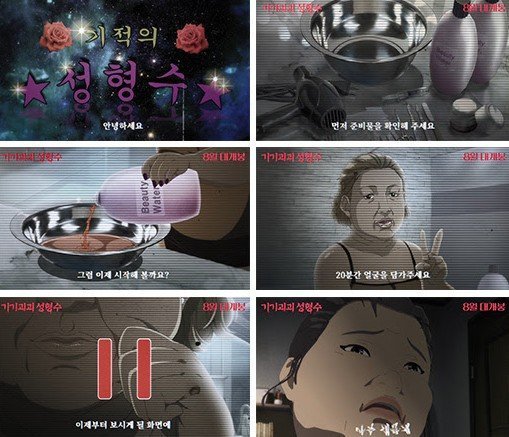 The upcoming animated film "Beauty Water" does not yet have a definite release date, but the movie is already gaining traction due to its shocking and intriguing trailer. "Beauty Water" is an adaptation of an episode of the popular webtoon "Unique and Peculiar". This episode in particular is a horror story, dealing with a seemingly miraculous water that can turn people beautiful. The grainy trailer, in a disturbing tone of voice, explains the process for properly applying the titular water.

"Beauty Water" had been in production for over six years before completion, and has appeared widely in the international festival circuit. It is the first feature length project from director Cho Kyung-hun.