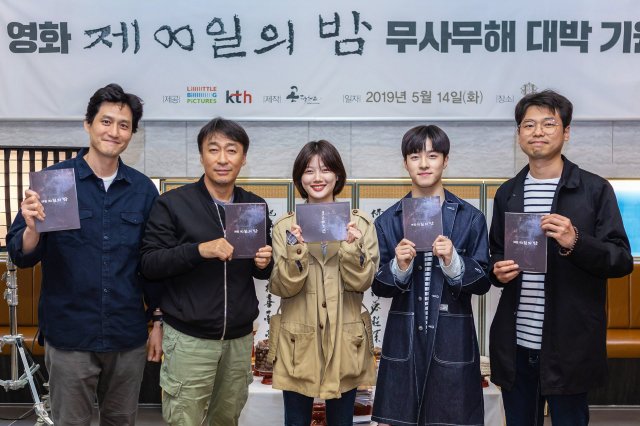 In response to recent rumors that "The 8th Night" would premiere on Netflix this summer, an officially authorized representative for the film claimed that nothing had been decided regarding a Netflix release. The ambiguity of the phrasing has led many to conclude that the supernatural film, which deals with exorcism, is currently negotiating for a worldwide release on the streaming platform. Similar responses were given by "The Call" and "Space Sweepers" regarding such queries.

There would be definite logic to the film's release on the platform. Though "The 8th Night" had originally been planned to be released theatrically last year, COVID-19 has delayed that objective indefinitely, with the current theatrical market being difficult for genre films. However, mid-tier genre films like "#ALIVE" and "The Call" have seen much success on Netflix both domestically and abroad, elevated greatly by their target audience being likely Netflix subscribers.

A mystery thriller involving demonic possession would, consequently, be very much on-brand. The debut feature from writer/director Kim Tae-hyung-II features Lee Sung-min and Park Hae-joon in the leading roles. Park Hae-joon has seen a major boost in his profile since "The 8th Night" was filmed, as the then relatively unknown actor was cast as the male lead for the surprise hit "The World of the Married" last year. According to the rumors, "The 8th Night" is aiming for a July Netflix release.