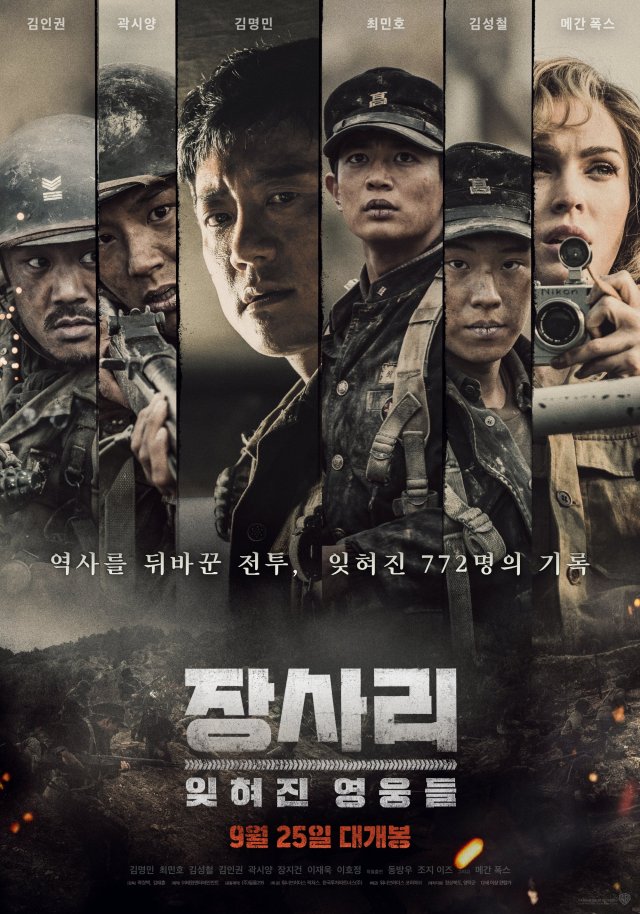 According to figures released by the Korean Film Council "The Battle of Jangsari" won last weekend's competition at the box office. The war movie earned 689,686 admissions. This puts it significantly ahead of "By Quantum Physics: A Nightlife Venture" with 275,680 admissions.

However, the movie's success is deceptive. "The Battle of Jangsari" was billed as a spiritual sequel to "Operation Chromite", which grossed over seven million admissions back in 2016. Producers had been planning on a full trilogy of Korean War era films with international casts, but the underwhelming performance of "The Battle of Jangsari" may have rendered the prospect of a third film moot.

"The Bad Guys: Reign of Chaos" continued its success at the box office in third place. The adaptation of the popular television drama "Bad Guys" will soon pass four and a half million admissions at the box office. While the crime film has done well, it is unlikely to outperform last year's highest performing film over Korean Thanksgiving weekend, "The Great Battle", as that war epic went on to gross over five million admissions.