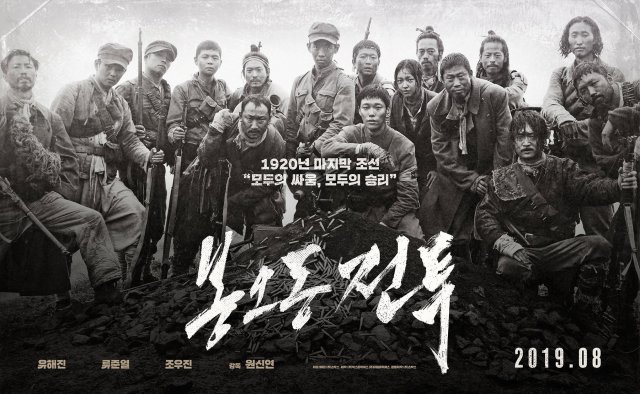 On Tuesday "The Battle: Roar to Victory" slightly decreased its sales receipts by taking in 203,404 admissions. It still leads "Exit - Movie", which had a slight decrease to 197,088 admissions.

"The Battle: Roar to Victory" is facing a more modest milestone, as the war movie is set to soon break the 2.5 million admission mark. "Red Shoes and the Seven Dwarfs' is looking to hit 700,000 admissions, while "Bring the Soul: The Movie" is going for 300,000 admissions.