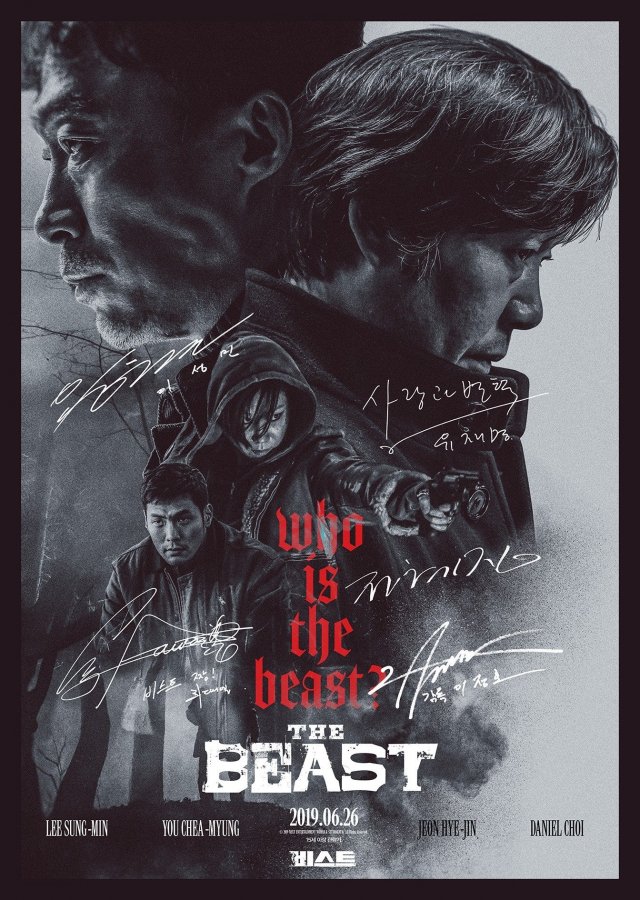 While "The Beast" is still playing in (very few) theaters, Next Entertainment World has already released the film on On Demand Services in South Korea domestically. The crime thriller is the latest film from Lee Jeong-ho, who also directed "Broken" and "Bestseller" and has long worked in the South Korean film industry adapting scripts.

With only 200,000 viewers "The Beast" has underperformed expectations in a summer market that seemed to half high potential. His last two films had about a million viewers each. However, they also did better in secondary markets than in theaters (a common refrain with films Lee Jeong-ho has worked on), so the film's ultimate success is as of yet unknown.

To date the South Korean box office has been surprisingly weak in regards to summer films, but this may be because the only major ones to start screening since "Parasite" have been relatively low tier. "The King's Letters" next week will be the first major blockbuster of the season.