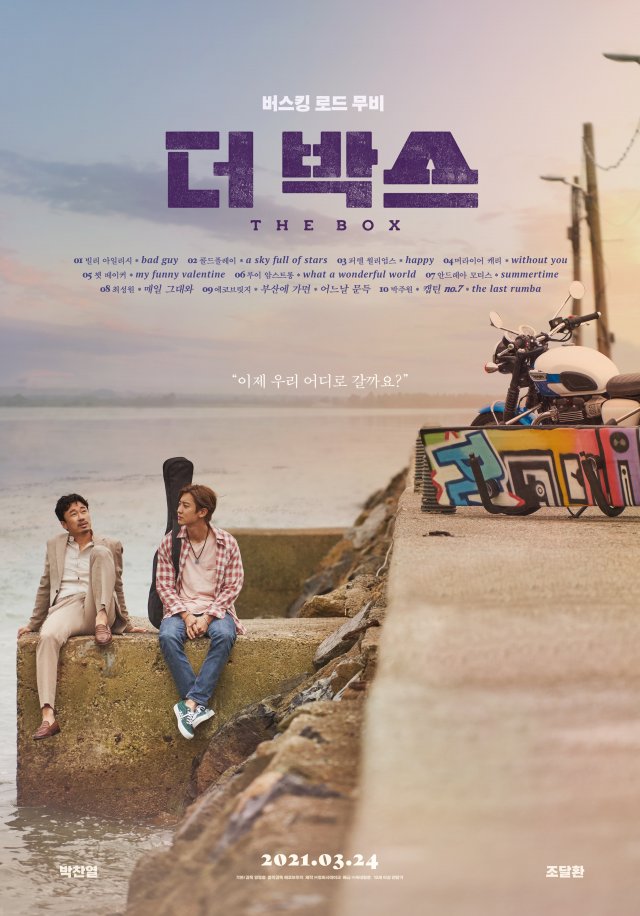 "The Box" which stars EXO member Chanyeol in the leading role recently confirmed that distribution rights had been sold to an additional eleven countries following the film's premiere at the South Korean box office. This now makes a total of thirty-two markets where the road trip musical film will be available. Theatrical releases have already been confirmed for Singapore on April 1st, Indonesia on April 7th, and Malaysia on April 8th.

Theatrical releases for "The Box" in China, India, Japan, and the Phillipines are also currently being negotiated. The big driving interest toward "The Box" internationally has likely been the film's soundtrack, with Chanyeol's cover versions of various songs charting reasonably well in the seventy three countries where they have seen an official release via iTunes. Songs from Coldplay, Mariah Carey, Pharrell Williams, Chet Baker, and Louis Armstrong are among the covers featured.

"[HanCinema's News] "The Box" to Be Released in Thirty-two International Markets"
by HanCinema is licensed under a Creative Commons Attribution-Share Alike 3.0 Unported License.