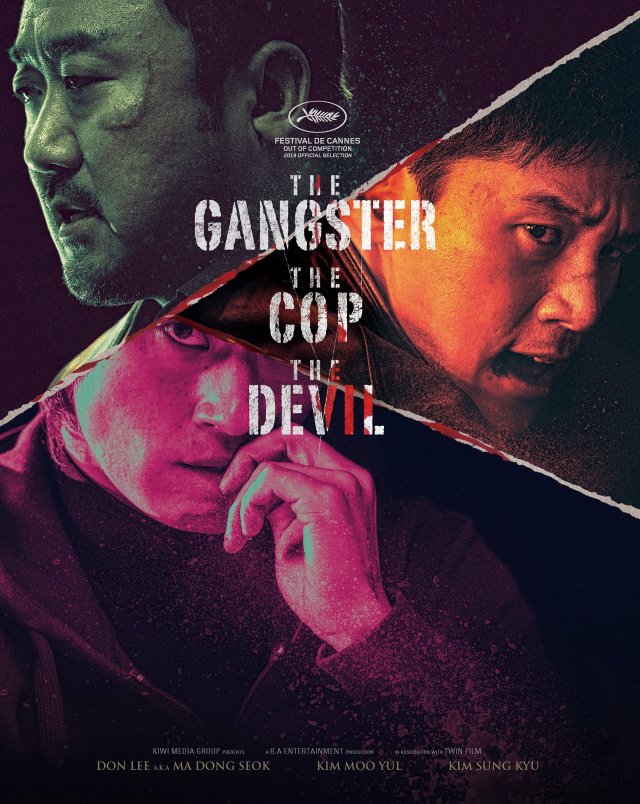 Following its premiere at the Cannes Film Festival "The Gangster, The Cop, The Devil" has been moving around on positive word of mouth internationally. Rights to screen the film have been sold to 174 countries and the movie is also making the rounds on film festivals throughout the summer.

"The Gangster, The Cop, The Devil" will also make appearances at the 15th Eurasia Film Festival and the 23rd Fantasia Film Festival in North America. Following a domestic release in Indonesia, Malaysia, and Singapore on May 23rd the movie will open on June 6th in Australia, June 7th in the United States, and June 21st in Taiwan.

The Taiwan release is of particular interest, as lead actor Ma Dong-seok and director Lee Won-tae will be promoting the film personally there from June 18th to June 20th. "The Gangster, The Cop, The Devil" is in any case expected to make a bigger impact in secondary distributon than it is from box office receipts.

"[HanCinema's News] "The Gangster, The Cop, The Devil" Making Impact Internationally"
by HanCinema is licensed under a Creative Commons Attribution-Share Alike 3.0 Unported License.