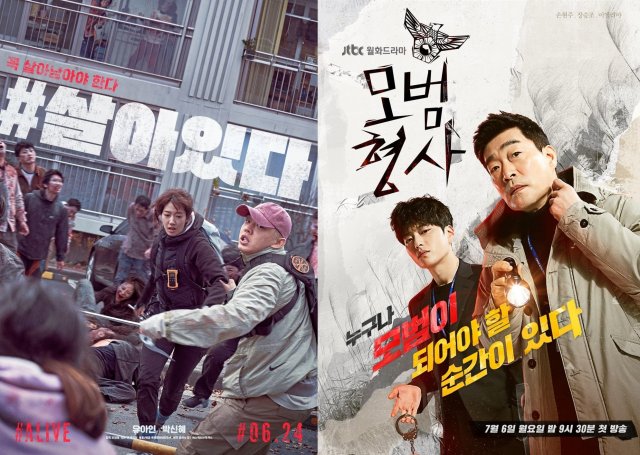 Home Choice recently released their full rankings for which television shows and films performed best via Video On Demand services for the first week of August. The data, which comprises the period from July 27th to August 2nd, saw "The Good Detective" and "#ALIVE" doing best compared to their peers. LG Hellovision, Btv Cable, DLive, CMB and Hyundai HCN were among the services surveyed.

The currently airing dramas "Backstreet Rookie", "Once Again", and "King Maker: The Change of Destiny" were third, fourth and fifth place respectively. The 2002 historical drama "Sangdo" was number six, attracting interest due to only having recently become available on legal streaming services. Lower ranks were dominated by variety shows.

On the movie end, after "#ALIVE" at number one the legal thriller "Innocence" was number two. "The Prisoner", an action movie specifically developed for streaming services, was number three, and has been doing reasonably well there, outperforming the mainstream releases "Me and Me" at number four and "Intruder" at number five. "The Singer" was number six while "Steel Rain", which has enjoyed a surge of interest following the theatrical release of "Steel Rain 2: Summit", was number seven.