[HanCinema's News] "The King: Eternal Monarch" Finds Itself Out of Step With Current Trends 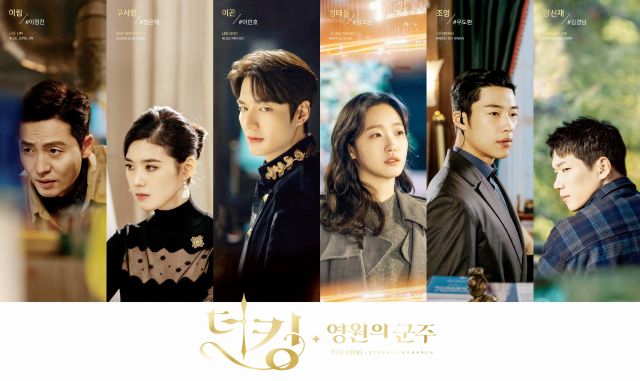 Strategies that once seemed foolproof have taken a beating with "The King: Eternal Monarch" as the drama concluded its sixteen episode run with surprisingly week ratings of 8.1%. Many assumptions about South Korean dramas, from the interest of local audiences in fantasy settings to their willingness to endure obvious product placement and even to their affinity for certain popular stars are now much more ambiguous than they were before the drama aired.

The drama's fantasy setting is one obvious culprit. While "Goblin" from 2016 earned stupendous ratings off of its deliberately mystical and epic worldbuilding, "The King: Eternal Monarch" could not achieve the same level of endearment with its own audiences. But the problems were more nuanced than that, as in addition to being a fantasy drama "The King: Eternal Monarch" was also a particular brand of melodrama which appears to have fallen out of fashion.

Screenwriter Kim Eun-sook has long been seen as a master of such storytelling, and her reputation as a hitmaker is a big part of why modest ratings held by "The King: Eternal Monarch" were such a surprise. Ultimately the fantastical fairy tale situations Kim Eun-sook comes up with are simply a poor fit for the current market, where audiences have shown a marked interest in relatively realistic problems they can more easily relate to.

In spite of the drama's overall poor performance neither Lee Min-ho nor Kim Go-eun have suffered much criticism for their work, with the main issue raised being their dialog rather than acting. This suggests that personal actor brand image is not that closely tied to drama popularity- or at least, that it takes more than a single bad one for actors to lose their fandoms. In any case, Lee Min-ho and Kim Go-eun are likely to consider their next projects very carefully.

"[HanCinema's News] "The King: Eternal Monarch" Finds Itself Out of Step With Current Trends"
by HanCinema is licensed under a Creative Commons Attribution-Share Alike 3.0 Unported License.