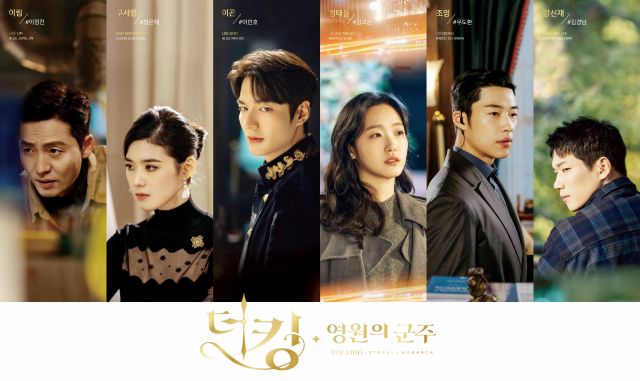 Following a difficult broadcasting period where it posted ratings far under what was expected from its star studded cast and crew, "The King: Eternal Monarch" goes into its final week with the lead in the Good Data Report for most-talked about drama on social media. This victory is due in part to the slow disappearance of most of its other competiton. However, no doubt there is interest in how the drama will finally end, with leads Lee Min-ho and Kim Go-eun holding first and second for performers.

To get a sense of just how weak this competiton is, second place was "Once Again", a long-running weekend family drama. Though such dramas often get good ratings they seldom do well in social media metrics. "Kkondae Intern" was in third place, while "Mystic Pop-Up Bar" was fourth. "Unfamiliar Family" was in fifth place and "Oh My Baby" was in sixth place.

This data for this particular iteration of the Good Data Report was collected from June 1st to June 7th and measured social media reactions as well as news stories about the twenty-two dramas currently being broadcast in prime time slots. "The King: Eternal Monarch" will end on June 12th.