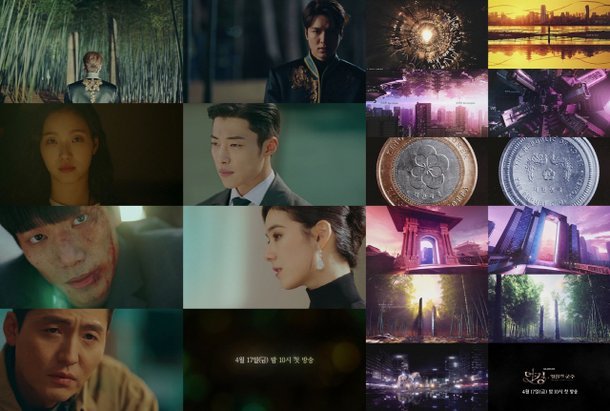 While "The King: Forever Sovereign" already seems destined to be a major hit just due to its cast and crew, the eccentric premise of the drama is also a major point of interest. Much of the story takes place in a mirror image of Earth, with the titular King, played by Lee Min-ho, the ruler of an alternate Korea that still has a monarchical form of government. But this worldbuilding element is more common than one might expect, especially among popular dramas.

Take "Princess Hours" from 2006. Based on the comic of the same name, "Princess Hours" is a Cinderella-styled story that happens to take place in the modern day - just with a modern Korean royal family. Though simple in concept and execution "Princess Hours" was quite popular, exceeding ratings of 26% and becoming a hallmark of the Korean Wave.

"My Princess" of 2011 had a similar concept, albeit with inverted genders, and hit ratings as high as 20%. "The King 2 Hearts" of 2012 elaborated on the idea quite a bit more, featuring North Korea and North Korean characters in this alternate reality. It did not do quite as well as its progenitors, with only a 12% high in ratings, though the drama was still considered fairly successful.

But in recent memory the most noteworthy drama of this genre was "The Last Empress", which hit highs of 16% ratings. While this drama had similar Cinderella trappings they were wrapped up in palace intrigue. This made the story more of a fusion of a modern drama with a classical royalist Joseon drama.

Suffice to say the genre as a whole has been doing well enough it's a bit surprising more have not been attempted. Even in the case of "The King: Forever Sovereign", so far most of the emphasis has been on the story's more fantastical trappings, rather than the official title of Lee Min-ho's character. With romance expected to play a major part in the story, though, comparisons to these previous dramas may become more prescient.