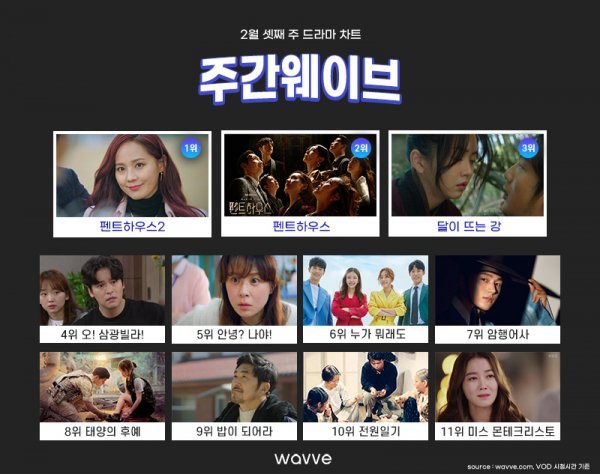 With ratings of 20.4% in its second episode, "The Penthouse 2" has already established itself as the drama to beat in a surprisingly competitive ratings struggle in a market that was considered to be in decline for most of 2020. "The Penthouse 2" now hopes to beat the 28.8% record set by "The Penthouse" although it already has considerable competition among new dramas. "Vincenzo" had 9.3% ratings, "Beyond Evil" 4%, "Times" 2.7%, and "Sisyphus: The Myth" at 6.7%. 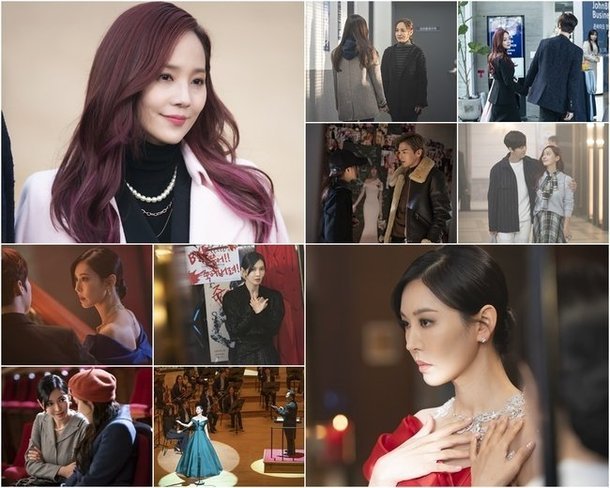 "The Penthouse 2" is also dominating on the wavve charts for dramas, charting at number one for the OTT service in the third week of February. The original "The Penthouse" was close behind in second while "River Where the Moon Rises" was third, despite being no slouch itself in ratings consistently performing above 9%. The wildly differing genres and presentations of all these dramas is another noteworthy point, preventing currently airing South Korean dramas as a whole from being easily pigeonholed.