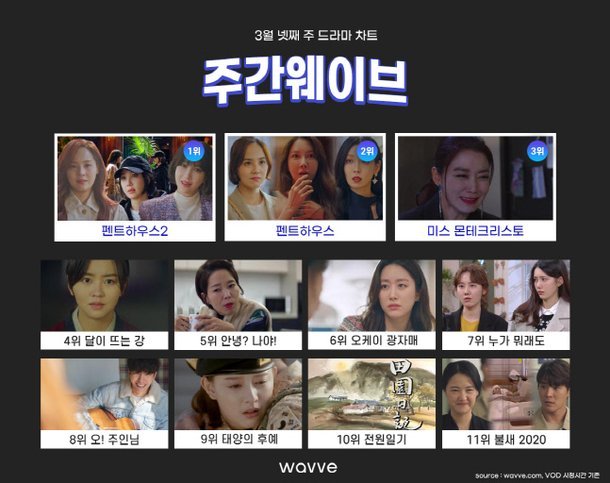 With a ratings high of 29.2% last weekend, "The Penthouse 2" has set similar records across streaming platforms. The intense class-focused drama led for the sixth straight week on the wavve platform where it currently airs as an exclusive. And according to new data released by wavve, over 316,000 users watched the simulcast 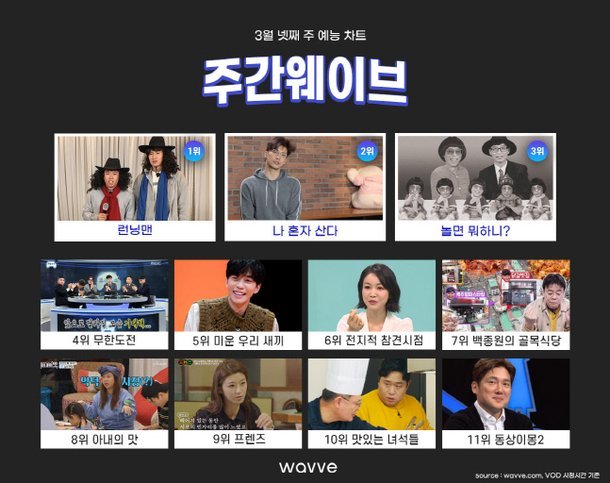 of the latest episode of "The Penthouse 2" on the streaming platform the same night that the twelfth episode aired.

This breaks the previous record of 290,000 viewers for the final episode of "The Penthouse" last year. The finale of "The Penthouse 2" is expected to exceed that number, with 2.2 million total customers on wavve having watched at least one episode of the sequel series. Elsewhere "Miss Monte-Cristo" has improved its position on the charts, displacing "River Where the Moon Rises" in third place while the historical drama falls to fourth.