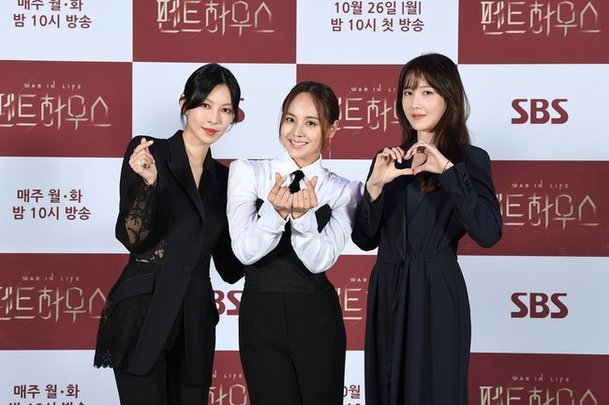 The long running South Korean variety show Running Man announced to news periodicals on November 9th that they had booked the cast of "The Penthouse" for an upcoming episode to be aired on November 22nd. The three leading ladies, Lee Ji-ah, Kim So-yeon, and Eugene will all appear in the episode. Ha Do-kwon, who has a more minor role as an opera teacher, will also appear in the episode.

The news is further confirmation of how "The Penthouse" has quickly caught the attention of viewers nationwide, becoming the big preeminent hit of the late year season. The drama deals with various families, most of whom live in an upper class penthouse, and the violent struggles that parents of these households have had past and present in regards to their personal and professional goals. "The Penthouse" had ratings of 12.9% in its fifth episode which aired on November 9th.