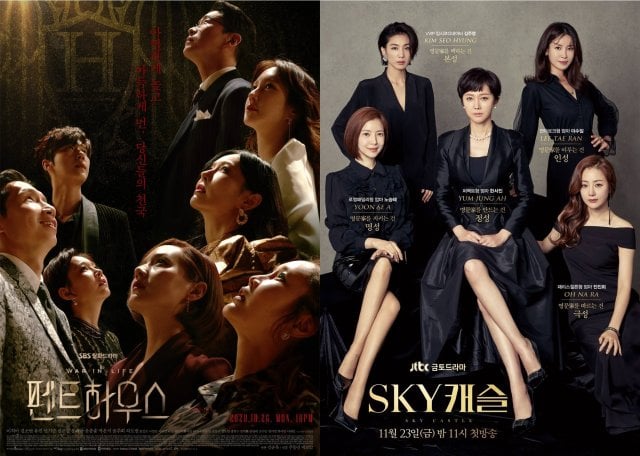 The popularity of "The Penthouse" has quickly inspired comparisons to "SKY Castle" with its similar subject matter of affluent housewives starkly competing with each other for social success. But the similarities go beyond subject matter alone. "The Penthouse" is also using a similar grandiloquent technique to depict the drama's cutthroat world, with a particular emphasis on extreme wealth.

The shooting style, for example, makes use of wide expansive shots in order to depict the sheer hugeness of the areas which the character inhabit. While "SKY Castle" depicted suburban neighborhoods, "The Penthouse" centers its action around the titular one hundred story building. Extensive CGI had to be used to create this cityscape, though the drama's interior shots are largely confined to a set located in Paju.

But "The Penthouse" also has noteworthy distinctions relative to "SKY Castle" with a stronger emphasis on more shocking and even violent behavior from its characters. What's particularly surprising about this is that these aspects of "The Penthouse" were not widely emphasized in marketing for the drama ahead of its release. Many have speculated that "The Penthouse" did not want the drama's more overtly sensational trappings to overshadow its attempts at social commentary.

This marks "The Penthouse" as the latest evolution in attempted prestige marketing for South Korean dramas. Though South Korean dramas have long been criticized for outrageous and overly emotional plot points, the trend of recontextualizing such plotting into more pretentious story dynamics is relatively new. "The World of the Married" earlier this year was a largely unanticipated success of such a merging, while "The Penthouse" appears to be taking this creative direction deliberately.