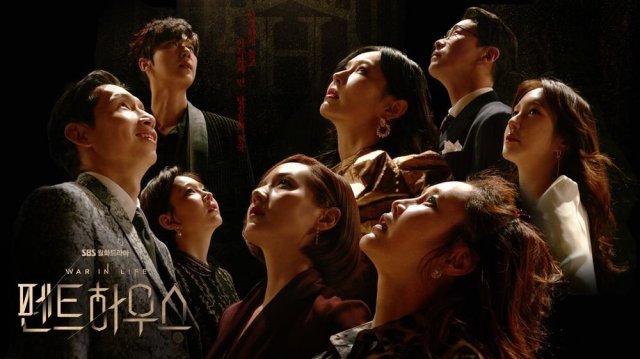 In the latest iteration of the Good Data Report "The Penthouse" pulled ahead to a commanding first place margin for its third straight win. Response from fans toward "The Penthouse" has been overwhelming positive in the wake of Park Eun-seok's elevation in the storyline. Despite being only supporting cast, Park Eun-seok was number one for performers this week, followed closely by his co-star Lee Ji-ah in second. Kim So-yeon was seventh, and Eugene was eighth and Uhm Ki-joon was ninth. 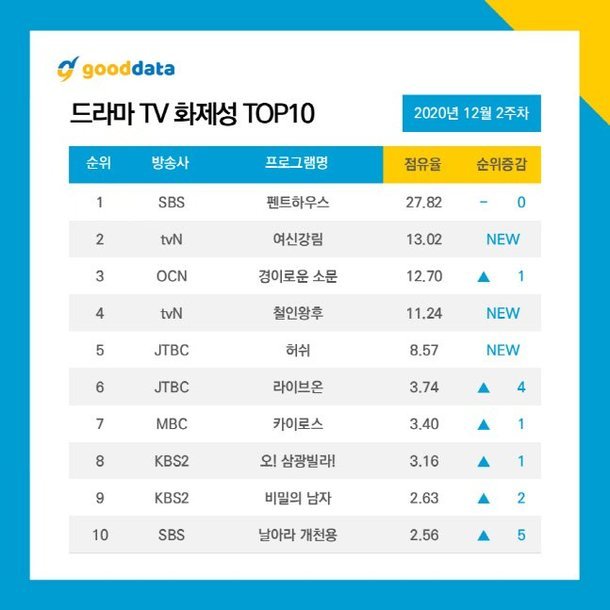 "True Beauty" debuted in second place for dramas. "True Beauty" stars Moon Ga-young as a teenager whose obsession with makeup leads her to a double life, as she is unrecognizably homely without it. Moon Ga-young was third place for performers while Cha Eun-woo, who plays her chief love interest, was fifth place.

"The Uncanny Counter" has advanced to third place for dramas despite premiering several weeks prior thanks to positive reception from viewers resulting in a marked increase in ratings. Despite this, the ensemble drama appears to be more than the sum of its parts. Jo Byeong-gyu was the sole actor from the drama to appear in the chart for performers, ranking at sixth place. "Mr. Queen" and "Hush" were fourth and fifth place respectively for dramas. 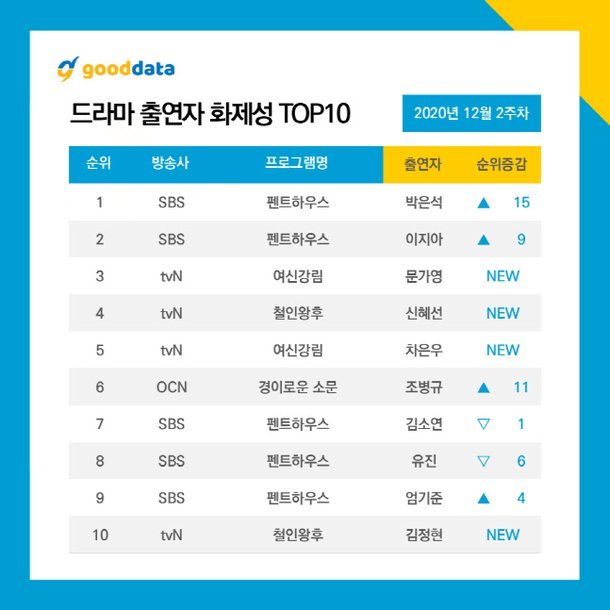 These two dramas in addition to "True Beauty" all premiered in this same week. Kim Jung-hyun was the only actor from either drama to chart for performers at number ten. This is in spite of the fact that he is by far the least well-known lead between the four. Shin Hye-sun is a veteran leading actress, while Hwang Jung-min and Yoona are major stars. This is, by contrast, the first leading role for Kim Jung-hyun who earned major exposure earlier this year as the second lead in "Crash Landing on You".