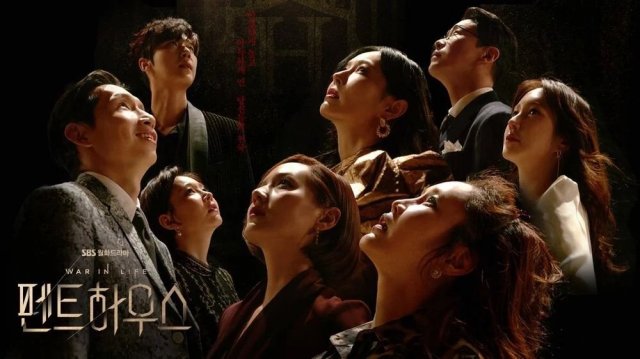 The latest iteration of the Good Data Report was recently released, and in it "The Penthouse" easily claimed the top spot for the fifth straight week. "The Penthouse" saw a significant improvement in terms of raw social media references, and now represents over 40% of all such references to any currently airing drama. Six performers from "The Penthouse" were also in the top ten for actors.

These include Eugene at number one, Lee Ji-ah at number three, Kim So-yeon at number four, Uhm Ki-joon at number five, Jo Soo-min at number nine, and Park Eun-seok at number ten. "Mr. Queen" was the only other drama to crack double digits in second place for dramas, having enjoyed similar improvement in the fourth week of December. Shin Hye-sun was number two for performers, with Kim Jung-hyun at number eight.

"True Beauty" was largely static in third place, suffering a noteworthy but not disastrous drop. Moon Ga-young and Cha Eun-woo were sixth and seventh place for performers. The list also saw one new entry this week, with "Royal Secret Agent" entering at seventh place for dramas, having premiered on December 21st. The data for this iteration of the Good Data Report was compiled by the Good Data Corporation from December 21st to December 27th.