[HanCinema's News] "The Roundup" and "The Witch : Part 2. The Other One" Mark Box Office Recovery in June 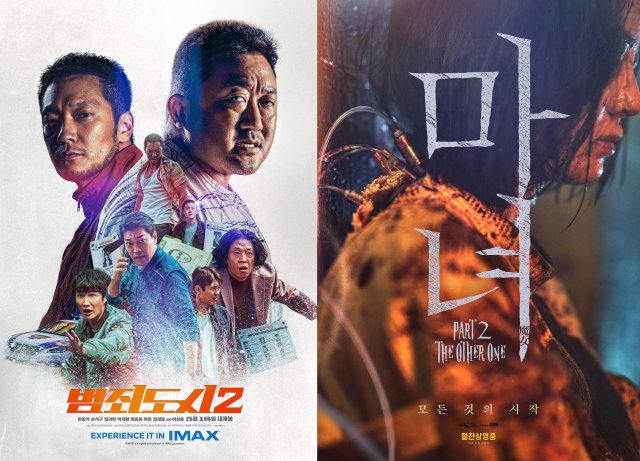 The Korean Film Council announced on July 13th that full accounting of the June box office this year shows that "The Roundup" was the big winner of the season, with 33.7% of the total market share for forty million dollars worth of revenue. Additionally, "The Witch : Part 2. The Other One" as well as "Broker" were able to clear ten million dollars worth of revenue in their own right. Now five of the top ten box office performers in South Korea this year are domestic titles.

Overall the June 2022 box office saw a decrease of 19% in earnings compared to 2019, prior to COVID-19. However, South Korean films experienced a slight boost, with a 12.4% increase in revenue compared to 2019. Additionally, earnings and admissions alike were double what they were in June of 2021, and triple that of June of 2020. Overall South Korean films earned seventy million dollars of revenue for June of 2022, with 9.35 million admissions.

The turnaround is welcome news for distributors of domestic South Korean films, which had been losing ground to foreign offerings. South Korean films also did better than foreign competitors in terms of purchase rates, their selling 60.4% percent of movie theater seats compared to just 39.6% for foreign films. However, after "Broker" no other South Korean film was able to exceed even two million dollars of revenue, so the success is due almost entirely to the performance of those three big films.